Abia Polytechnic Rector, Commends Gov. Ikpeazu For His Laudable Interventions To The School

Abia State Governor, Okezie Ikpeazu has been commended for reinstating the Management team of Abia state Polytechnic, Aba following the restoration of the school’s accreditation which was withdrawn last year by the National Board for Technical Education (NBTE). 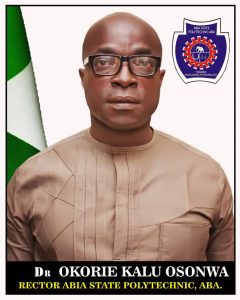 The Rector of the polytechnic, Prof. Okorie Kalu-Osonwa gave the commendation in a chat with newsmen in his office, in Aba.

Prof. Osonwa who assumed office about three years ago, spoke of efforts being made by Governor Ikpeazu to ensure that the school remains afloat. 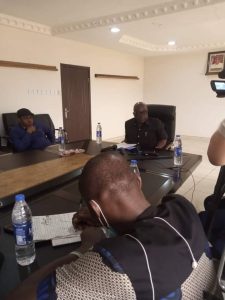 They include among others, the release of N2 billion bail out fund few months after he assumed office in 2015. The money was used to offset huge salary arrears owed workers.

He said: “we want to thank his Excellency for making sure we get our subvention despite the economic situation that affected the nation as a whole. We urge him to do all within his powers to make it regular. We want to thank him for all the efforts he has been making to see us through. 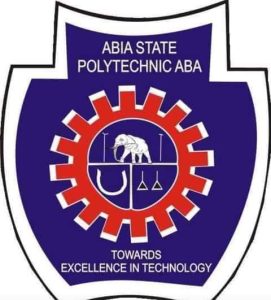 “We want to thank him for the 450 million naira that he released last year when we had a problem. Remember, the Governor set up a task force and that enabled members of task force to pay four months arrears of salary that led to the reversal of the accreditation. 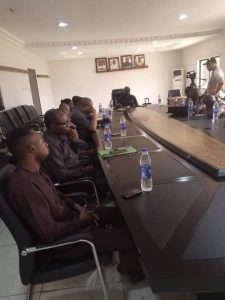 “We also want to thank him how he has helped in order to settle the issue we were having at Osisioma site where we have our permanent site. He has helped to pay the compensation that was owed the host communities. 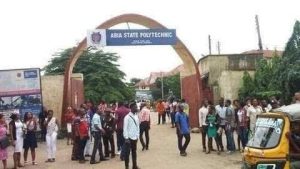 Before now, the non payment of the compensation led to the stoppage of our projects. But right now, all the projects have started in earnest and our contractors are there”.

According to the Rector, the Polytechnic, Aba will commence the second semester examinations on Tuesday, January 24, 2023 for the 2021/2022 academic session following the resumption of academic activities after the festive season.

Prof. Osonwa said the institution has also extended the sale of admission forms for the new academic session.

Following the drastic reduction in students population which has adversely affected the school’s internally generated revenue (IGR) Prof. Osonwa spoke of efforts being made to boost the IGR.

It include the establishment of a commercial printing press which serves both the school and the public.

“Recently, the Federal Ministry of education through the efforts of Academic Staff Union of Polytechnics (ASUP), the federal government has extended the revitalization fund to polytechnics. And Abia state polytechnic has been listed as one of the beneficiaries. We have made a proposal as we were directed to do and they are working on it. The money we are able to get from there will help in finalising the arrangement we have made in order to establish mini pure water factory in our school which will be another source of IGR for us.

“We are going to have a bakery. We will be producing bread and other associated items. It’s our plan to have a micro finance bank in the school” he said.

The Rector appealed to Governor Ikpeazu to come to the aid of the school once again to enable them to offset the salary arrears owed staff of the institution.

All the members of the management team and leaders of the three unions in the school were present at the press briefing.