Governor Okezie Ikpeazu has sworn- in three new Judges into the Abia State Judiciary with a charge to them to ensure sustainable dispensation of justice for the common good of all in the State. 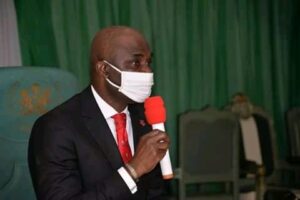 The Governor was speaking after the administration of the oath of allegiance on the new Judges; Justice Chimezie Chido Nwakanma, Justice Philomena Onyedi Nweke and Justice Phoebe Alvan Okoronkwo by the State Solicitor General and Permanent Secretary, Ministry of Justice, Mrs. Uzoamaka Ikonne at Government House, Umuahia. He described the Judiciary as the last hope of the common man. 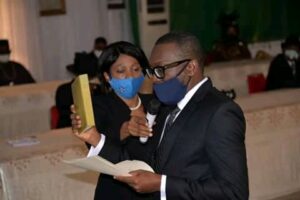 Justices Nwakanma and Nweke will sit as Judges of the High Court while Justice Okoronkwo will sit at the Customary Court of Appeal.

The Governor represented by his Deputy Sir, Ude Oko Chukwu stressed the need for the three Judges to abide by their oath of office and allegiance to ensure that the essence of their being elevated will be actualized in the State. He said, having successfully passed through the processes of selection up to the NJC level and approved to be sworn in as Justices of the State High Court, expectations are rife for them to perform and used the forum to congratulate them on their appointments. 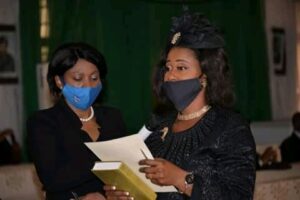 Responding on behalf of his colleagues, Justice Chimezie Chido Nwakanma while expressing their gratitude to the Governor and Abians for the trust bestowed upon them, promised not to take it for granted but to do their best to ensure that the administration and dispensation of Justice in the State is carried out accordingly. 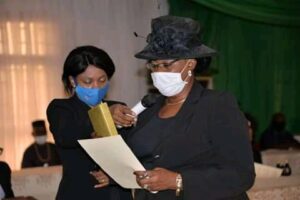 OPAS FEDAS The begining of an unending tale By Uche Njionye