Oluwatosin Ajibade, better known by his stage name Mr Eazi, a Nigerian singer, songwriter, and entrepreneur has proposed to Temiloluwa Elizabeth Otedola, who is an actress and blogger. 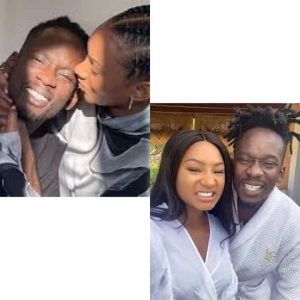 She is known for playing Moremi Oluwa in the 2020 film “Citation”.
She is also one of the daughters of billionaire business magnate, Femi Otedola.

In a video posted on Instagram, Mr Eazi was seen kneeling down asking Temi Otedola to marry him. The duo have been dating for five years and have decided to lock it down.
They both run a podcast show called “How Far”.

How Far is an episodic conversation between the lovebirds, where they discuss relationships, entertainment and social issues.