2023: WHY THE NORTH SHOULD NOT PRODUCE NEXT APC PRESIDENTIAL CANDIDATE * It would be tantamount to third term – Sen. Ali Ndume Posted by News Mirror, March 14, 2021

The Chairman, Senate Committee on Army, Senator Ali Ndume, has said it will be against the constitution of the All Progressives Congress (APC) for the north to produce the party’s next presidential candidate. 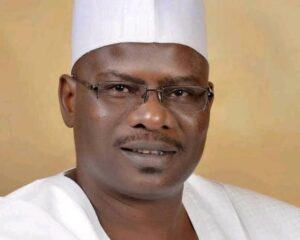 The lawmaker, who represents Borno South in the Senate, stated this at a press roundtable organized by the Correspondents’ Chapel, Nigerian Union of Journalists, FCT Council, on Saturday.

No guns for vigilantes
Bandits kill 1, abduct 6 in Niger
He said any attempt to zone the party’s presidential ticket to the north would be tantamount to third term after President Muhammad Buhari second term in office.

Senator Ndume said in the spirit of fairness, justice and equity, any part of the country’s south should produce the next presidential candidate APC.

“I have said it before and will still say it again that if we have a northerner as APC presidential candidate, to me, it is tantamount to third term and it is not constitutional.

“If you say the north should produce the presidential candidate again, it means you are going for third term, which is not fair and I believe in fairness, justice and equality.

“Let candidate from the south — and that means, south-south, southeast and south west — clinch the ticket.

“For the south-east, let me say for example, you want to be the head of this house and you are calling for the division of the house, will it work?

“And I think the southeast needs to think about it. That is what is creating the rumour for the northerners to even say they want to be the president again. If you want to be president of Nigeria, you must believe in the unity of Nigeria. I support the candidate to come anywhere from the south.”

On the ravaging insecurity, Senator Ndume lamented that troops at war front are ill-equipped to tackle the challenges.

He said the federal government must ensure that the armed forces have what it takes to fight insecurity.

“And to do that, the security agencies must be well funded,” he added.

The lawmaker also said there was nothing wrong if the federal government hired mercenaries and special forces from foreign countries to help combat insecurity.

“I don’t see what is wrong in asking for help when you are overwhelmed,” he said.