The race for Abia Government House in 2023 become more interesting as a Legal Luminary, an intelligent and calm gentle man in all ramifications Barr. Etigwe Uwa, (SAN), formally declares his intention to run for the office of the Governor of Abia State come 2023 under the All Progressives Grand Alliance (APGA). 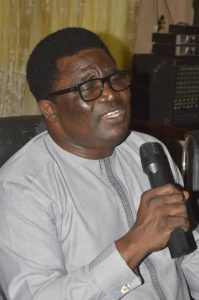 Etigwe who stated this while interacting with newsmen in Umuahia, the capital of Abia State, on Sunday, faulted the idea of anointing candidates in Abia State, urging Abians to reject the practice which has kept the state in geometric retrogression as they serve their masters instead of the state. 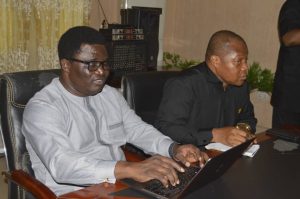 The Lawyer turned politician said Abia State, has been bastardised over the past years, saying it was regrettable that the state cannot compete with other neighbouring states, like Ebonyi due to the level of decay, Abians have been experiencing over the years. 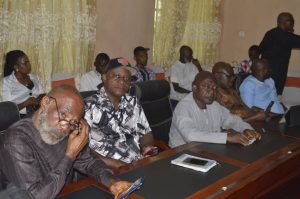 The legal luminary asked Abians to rise up and stop the practice of anointing candidates, saying it was disheartening that system of governance has not yielded any result, stating that there is need to end the hydra-headed monster.

The Senior Advocate of Nigeria, said he has been worried for years by the situation in Abia state and has developed passion to make things better, change the narratives and restore Abia State to it’s dream destination.

The learned silk said the deplorable condition in Abia cuts across all sectors, including health, education, non-payment of salaries of pensioners as well as other important arms, insisting that Abia is in dare need for redemption and admonish all Abians, including the media to help stop the drift in Abia come 2023 elections.

Uwa, said it is worrisome that schools in the State, lack good equipments that could have enabled them work effectively, revealing that his emergence as the Governor, will witness provision of modern learning facilities to help the students excel, expressing worry that even with the poor facilities in the education sector, Abia kids are still taking good positions, which shows their eagerness to learning.

He added that; for Abia to be financially self – reliant, our leather and footwear industries in Aba, must be encouraged to produce good products for export that will guarantee foreign exchange and grow our finance base and overall economy.

He informed that he has purchased nomination and expression of interest forms to run for the office of the Governor of the State come 2023 under the All Progressives Grand Alliance APGA, after due consultations with critical stakeholders, calling on Abians to join hands and support him to achieve the Abia of their dreams and aspirations.

Etigwe Uwa was accompanied by Barr. Oracle Nwala, who described him as a man of wisdom, a Legal personality of over 30 years and a Senior Advocate of Nigeria in the past 13 years. Barr. Nwala said, Etigwe Uwa is a man of great ideas and very passionate and ready for a new Abia to emerge in 2023, while asking all to support and encourage him emerge as Abia state Governor in 2023, promising he will do a new thing.