Several years ago, specifically on January 15, 1966, a group of young men of the Nigerian army attempted to take over the government through a violent means known as coup d’état. The idea of the coup, according to history books, was initiated by the late Major Emmanuel Ifeajuna but was supervised and led by the equally late Chukwuma Nzeogwu. Other notable members of the group were Timothy Onwuatuegwu, Adewale Ademoyega, Chris Anuforo, Humphrey Chukwuka, Don Okafor and Ben Gbulie. Though, the coup consumed the prime minister even as Zik, the president, was on holidays, it had only a partial success. 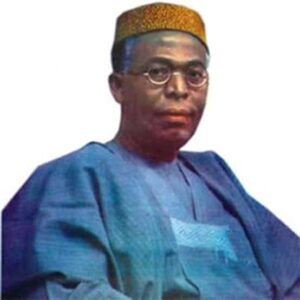 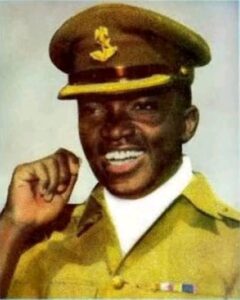 Both north and west lost their premiers while, for whatever reasons, the eastern premier was spared. The north lost most of its best brains in the army and the west also suffered lamentable casualties. The east, with the exception of Unegbe, was never hit by any coup death. Yet, Ademoyega, a key player in the January 15, 1966 coup, proclaimed it to high heavens in his well detailed book WHY WE STRUCK, that the idea was never to deal with any region. According to him; “There was no decision at our meeting to single out any ethnic group for elimination. Our intentions were honourable, our views were national and our goals were idealistic. Even those earmarked for arrest, four were northerners, two were Westerners and two were Easterners”.

Events moved fast Acting President Nwafor Orizu made a nationwide broadcast, after he had briefed President Nnamdi Azikiwe on the phone about the decision of the cabinet, announcing the cabinet’s “voluntary” decision to transfer power to the armed forces. Major General Johnson Aguiyi-Ironsi then made his own broadcast, accepting the “invitation”. On 17 January, Major General Ironsi established the Supreme Military Council in Lagos and effectively suspended the constitution. But it was his 193 days to eternity. He was cruelly assassinated on July 29, 1966 during a counter coup staged by northern elements who claimed that he was privy to the January plot and also accused him of supervising the death of the northern military and civilian personalities who died in the process. All denials by Ironsi and his sincere efforts to assuage the north by his nationalistic and patriotic approach to issues, proved unacceptable to the northern leaders.

Meanwhile, documented evidence has showed that the January coup of 1966 was never an Igbo affair. First, Lt. Col. Hilary Njoku, commander, Second Battalion, Lagos, in his historic book, A TRAGEDY WITHOUT HEROES: THE NIGERIA, BIAFRA WAR, noted that a conference of senior military officers did mandate General Aguiyi Ironsi, the General Officer Commanding (GOC) to take over power in view of the recent development in the country. The officers in that strategic meeting included Ironsi, Lt. Col. Francis Fajuyi, Lt.Col. Victor Banjo, Lt. Col. Yakubu Gowon, Lt. Col. George Kurubo, Major Patrick Anwunah, Commodore Wey and Njoku himself’’, page 15. Gowon later ruled Nigeria for nine years and he is still alive, yet to debunk Njoku’s claims.
Again, it must be pointed out that the rump of the First Republic politicians agreed to handover to Ironsi and it was well documented.

According to veteran journalist, author and historian, Chuks Iloegbunam, stated; ‘’it is a historical certainty that the politicians agreed a handover of political power to the military. The minutes of the conference in which the rump of the federal cabinet handed over power to the military was recorded by Alhaji Abdul Rasaq told me in his Ikeja home many years ago…Indeed, Gowon confirmed this story when he told the London based WEST AFRICA magazine of August 24, 1968, that, ‘’Before I was ready to serve General Ironsi’s regime, I made sure that the civilians really asked him to step in. Then I served him loyally’’.

Continuing, Iloegbunam, writing in his back page column of January 26, 2016 on AUTHORITY newspaper, revealed that ‘’On the morning of that coup, there were six Igbo Lieutenant Colonels. None participated in the coup. On that morning, there were 45 Majors in the Nigerian army and about 24 of them were Igbo. It means that, at least 18 Igbo Majors had nothing to do with the coup. On that morning, the GOC was Igbo, the commander of the Second Battalion in Lagos was Igbo, His second in command, was IgboThe Brigade Major was Igbo, the Federal Guards Commander was Igbo, and the Staff Officer ‘A’ Branch at Army Headquarters was Igbo. If these officers had fixed a coup, could it have failed? ’’

Professor Ishaya Pam, the son of the Lt. Col. Pam who lost his life in the coup said in a phone interview with this writer that “It was not really an Igbo coup. There was no day the Igbo is an ethnic group agreed to plan a coup. The fact was that the officers gathered those who they felt would play along with them. That was it. Our anger was on Ironsi who had reports about both the January and July 1966 coup rumours and failed to act accordingly”.

As a matter of fact, all the leading figures in that event confirmed it that their intention was to hand over to the late Chief Obafemi Awolowo. This much was written by Ademoyega in his book, Why We Struck. It remains a mystery that Ndigbo planned a coup, Ironsi took over and yet that government was a pan Nigeria regime to wit: Ironsi’s nine member Supreme Military Council (SMC) had only the head of state and Ojukwu as Igbo. The rest was drawn from across the country. Ironsi approved the appointment of Alhaji Sule Katagun as the chairman of the Public Service Commission. He appointed Mr. Howson Wright as the chairman of Nigerian Railway Corporation. Ironsi made Mr. A.I.Obiyan the chairman Nigerian Ports Authority even as he confirmed Mr. H.O. Omenai, the chairman of Nigerian Airways. None was Igbo. No other head of state or president has ever equalled Ironsi’s immaculate pan Nigerian record in appointment! He also promoted 23 permanent secretaries and only about three were Igbo. In the army, Ironsi promoted 65 officers to various ranks and not up to 10 were Igbo. These facts are indications that the January 15, 1966 coup was never an Igbo affair as alleged.

The event of January 15 would not have been Igbo coup because Ironsi stopped it in Lagos, Odumegwu Ojukwu put an end to it in Kano just Alexander Madiebo terminated it in Kaduna. Again, mind you, before the coup, an Igbo, Zik, was the president, another Igbo, Nwafor Orizu was the senate president while the GOC, Ironsi, was Igbo. Thus, Ndigbo had no business planning any coup when they were already in high command of affairs.