Prophet Alberto Mvila is one of the first Congolese prophet to evangelize in Pakistan, a Muslim populated country. 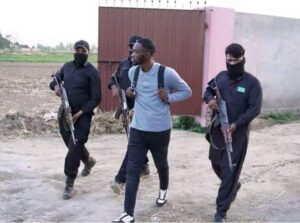 The 29 year old has been using his organization by the Name “Belgium is Saved” to spread the gospel of Jesus Christ all over the globe.

For so long, many men of God are having double minds when it comes to going to Pakistan. 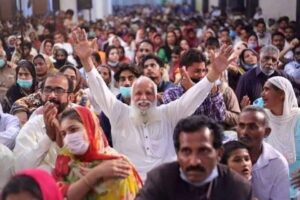 But for Alberto Mvila, he defied all over to stage a Crusade recently.

for his safety he obliged to be protected by well armed body guards during his Crusades in the country. 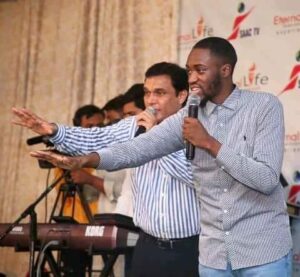 It is estimated that more 16,000 Pakistanis gave their lives to the lord Jesus Christ during his Crusades through out the 16 days he’s been in the country. This is amidst the miracle, healing that was recorded.

He also ministered LIVE on Pakistan’s first successful 24-hour Christian channel, which has a global viewership of billions and is broadcast in many countries including Asia, the United States, the United Kingdom, the Middle East, and elsewhere. 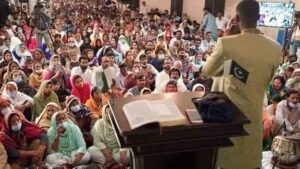 Alberto Mvila’s life and ministry have inspired millions of believers around the world to lay down their lives for the gospel of Christ.

“Let people call you cra-zy,” Mvila would passionately respond, “as long as you make SOULS your number one goal and keep doing what God is telling you to do while you have God’s favor.” I promise you, God will give you favor in the eyes of men and open doors that you didn’t even know existed!”