Woman Stabs Husband To Death For Eating Meat From Pot 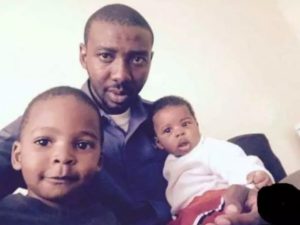 According to the police, the woman stabbed her husband, Akajanda Lubinda, 30, twice, for eating a piece of meat from pot in the kitchen.

The police said the incident occurred at about 3.00pm on March 29, 2020, at an unknown house number in Ondo town.

The command said a knife stained with blood was found at the scene of the crime, and will charge her for murder.

However, Precious said she did not intentionally kill her husband. 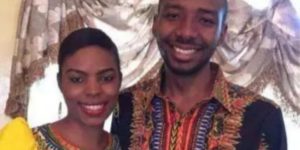 Precious said the knife accidentally stabbed her husband, after they had engaged in a vicious fight, she reportedly said during interrogation.

The deceased was said to have sustained two stab wounds; one on the chest and left rib area.

The mother of two told the police that on the fateful day, she was in the living room peeling some oranges, when she heard her husband making a sound in the kitchen.

She said when she got there, she caught him eating meat from the pot, and she had wanted to cook with the meat that evening.

The suspect stated that when she asked him why he ate the meat, the husband shouted at her and called her names.

She claimed that it got her scared because her husband was a violent man, who had a tendency of beating her.

The woman then said an argument ensued that allegedly resulted in the two of them wrestling for the knife that accidentally stabbed and killed her husband.

She noted that she loved her husband and killing him was the last thing she would ever do.

Police say the suspect broke down upon seeing her husband laying in a pool of blood.

She further allegedly claimed that her late husband was an abusive and violent man, who had previously hit her with an iron bar.

She accused the deceased of being a pretender, saying she did not report his abuses because people would not believe her.

The command say the suspect will soon be charged to court, while the remains of the deceased has been deposited in the mortuary