Cross River State Chairman Anti-Tax Agency, Bishop Gospel Emmah Isong, burst into hostility during the week as he laments the illicit tax burdens on low-income earners by diplomats in the State. 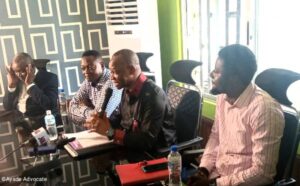 Addressing newsmen at the CRS Anti-Tax Agency Secretariat in Calabar, The Chairman, grumbled that the members of the agency are not fatigue, tired, frighten nor Intimidated by political felonies to thwart the unlawful taxation of the local government envoys in the Councils, MDA’s of Government and Political Stalwarts across the state. 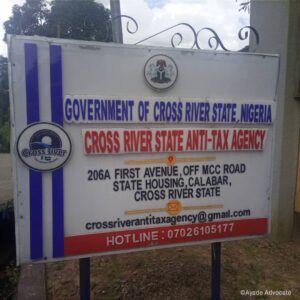 He insinuated that “due to recent observation and information in the continuous operation of certain recalcitrant tax consultants purportedly represented by some government agencies. “Cross River State Anti-tax agency has intensified its collaboration with enforcement services to issues a warning and alert unsuspecting public that the tax-exemption policy of the Executive Governor, Senator Ben Ayade is still in force and remains updated despite political propaganda and mischievous manipulations.”

The Anti-tax boss maintained that with a reasonable percentage the agency has reduced illicit, unlawful, illegal, and multiple taxations in just one year and few months across the length and breadth of the 18 local government areas of Cross River State.”

Emmah affirmed that the move is part of the state’s COVID-19 palliative measure as the tax exemption policy is aimed at encouraging small and medium scale businesses, peasant farmers, commercial transport operators, food vendors, hotels with less than 50 rooms, and all those struggling to earn a living to expand and create a livelihood for their families.

The clergyman, however, instructed the public to neglect unlawful tax consultants purportedly stirred by any agencies/government while notifying the public to reach the Anti-tax agency hotlines on 07026105177 for a quick response.