A lecturer with the Department of Public Administration, of the University of Benin in Edo state, has been shot dead by yet to be identified gunmen.

The victim, Maxwell Eseosa Aimuen, 33, was said to have been engaged in the Institution in 2015 as a Graduate Assistant and now lecturer 11 before his untimely death.

Aimuen, according to report, was killed on Saturday at the entrance of his house in Isiohor, Benin city, Edo state.

He was said to have been shot dead while driving into his compound at Ugbowo in Edo State.

It was revealed that the deceased, who had parted with his friends after an evening outing around the Ugbowo area was attacked by some Gunmen while driving into his compound.

The gunmen allegedly shot him severally before they fled the scene.

The reason for his assassination was yet to be known, but some persons want the police to thoroughly investigate the incident as his killers did not collect anything after the Criminal act.

The matter was immediately reported at the Ugbowo Police Division. A colleague of the slain lecturer, Mr Endurance Aigbe, described the assassination as “tragic.”

“I was with the deceased till 8 pm in the company of other friends where we both retired to our various houses. I was shocked to receive a call from his wife that he has been shot dead, and l quickly joined them up in the University of Benin Teaching Hospital, where the Doctor pronounced him dead. I am baffled”.
Contacted, the Public Relations Officer of the University of Benin, Dr Benedicta Ehanire, described the late Mr Maxwell as hardworking and dedicated university staff.

She called on security agents to unravel those behind the assassination. 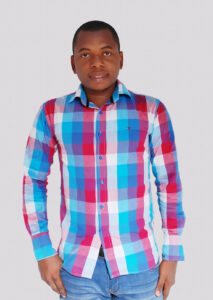 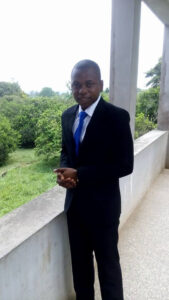 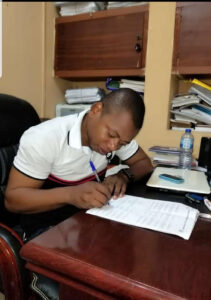