The red chamber kicked against plan by the Central Bank of Nigeria (CBN), to limit cash withdrawal by any individual to N100,000 and corporate bodies to N500,000 per week from January 9, 2023. 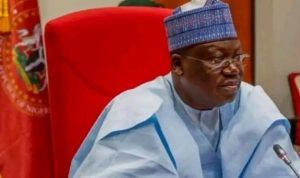 Trouble for the planned N100,000 withdrawal per person per week came through an attempted motion by Senator Philip Tanimu Aduda (FCT).

Senator Aduda in the aborted motion sought for debate from all senators on the planned policy before the Senate President, Ahmad Lawan intercepted him that it was too early to debate the policy. 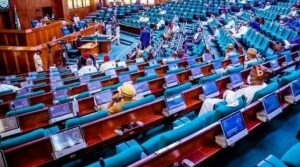 However, Lawan in stopping him said “as good as the cashless policy may be, it shouldn’t be jumped at, at once.

“The way CBN is going about the policy, many Nigerians would be cut off and that won’t be accepted.

“Motion on the policy will be thoroughly debated in Senate on Tuesday next week after adequate information has been gotten on it.

“Before Tuesday next week, our committee on Banking, Insurance and other Financial Institutions mandated to screen the re-appointed Deputy Governors of Central Bank should focus its questions on the planned policy.

“The CBN Deputy Governors must be thoroughly drilled on the policy after which extensive debate on it will be made by senators on Tuesday next week”, he said.