The Coalition of Obingwa Youth leaders have frown with the manner which Hon. Ibe Nwoke has been insulting the leaders and entire Obingwa Local government area, in which these set of leaders received him from his apolitical status to made him local government Chairman upon all odds when he arrived in 2015 from Enugu. 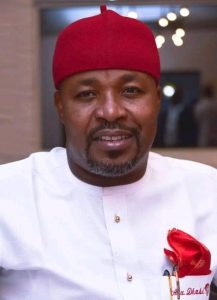 On this note, we ask the youths, fathers in Obingwa LGA to disassociate his call for support as he wants to truncate the brotherhood we share from 1999 to date in sociopolitical and cultural sense of it.
“Ibe Nwoke personal political interest to contest for Obingwa Osisioma Ugwunagbo federal constituency against our people’s political enclave must be resisted because it’s not our turn to be in Federal house of Representatives”
Since 1999 till date, the political arrangements has been peaceful and can’t allow a greedy one to creat disunity in our political system.

We ask him to resign or be impeached immediately by the elected councillors of Obingwa LGA.