The Labour Party (LP) has described comments by the Spokesperson of the All Progressives Congress (APC) Campaign Council, Festus Keyamo on Peter Obi as a proof that the APC wants to actually eliminate the LP’s presidential candidate. 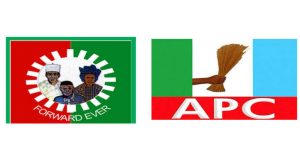 Keyamo, had in a statement on Monday, claimed that the presidential candidate of Labour Party, Peter Obi, is planning to fake his assassination attempt.

He said Obi was planning to implicate the ruling party by hiring some supporters dressed in the APC caps and T-shirts to attack some of Labour party’s offices.

Reacting to this, the LP’s National Publicity Secretary, Arabambi Abayomi in a statement on Tuesday said: “Festus Keyamo in a fabricated and very misleading press statement claimed he was responding to a non – existent false rumour that Peter Obi plans to “stage – manage” an “assassination attempt” on himself is alarming and very frightening and it leaves no room to doubt the implications of the claim as it is like a self confession by the APC in its plan to assassinate the LP Presidential Candidate, Peter Obi.

He described the APC Spokesperson’s statements as deceitful, devilish and a veiled attempt to gain unmerited sympathy to win the 2023 presidential election through fraudulent means.

“No one is confused by the APC through Festus Keyamo’s open pre – crime alibi. No one is fooled enough to buy into the very sadistic attempt to create a confused narrative ahead of committing felony.

“LP wants the public to be fully informed that the APC has indirectly warned all Nigerians that a plan to assassinate Peter Obi by the APC is on the way.

“Labour Party wishes to remind Festus Keyamo that Chapter IV of the Constitution of the federal republic of Nigeria on fundamental Rights section 33(1) states: “Every person has a right to life, and no one shall be deprived intentionally of his life, save in execution of the sentence of a court in respect of a criminal offence of which he has been found guilty in Nigeria.

The Labour Party therefore, called on the inspector General of Police to immediately and urgently commence a comprehensive investigation into Keyamo “unlawful and treasonable activities and conducts likely to cause breach of peace and anarchy in our Country so that this ugly trend can be nipped in the bud as well as possible prosecution in the court of Law”

“LP sees the forced self confession of the APC about the conspiracy being floated by the APC to assassinate the most popular and supported people’s preferred and loved 2023 Presidential Candidate, as yet another proof of God’s involvement with the Peter Obi Candidacy.

“LP is asking every legal Citizens of Nigeria at home and all over the World to openly show concern and shout to the World to save the life of the one divinely anointed hope and Messiah carrying the grace to lead the Nation to the promised land from a planned assassination by the ruling APC. All should keep calling on the security agencies to make a move immediately to checkmate APC from assassinating our own dear Peter Obi.

According to the statement, evidence of impending massive Electoral victory for Peter Obi’s in 2023 has made the APC to become jittery and totally frightened enough to be thrown into political wilderness and has grown into moral deadness.

“LP is not seeing the unrepentant slave – driving, the really very tired anti-people Politician, the morally, socially and ethically questioned very weak Tinubu, the unlikely APC flag bearer that is being deceptively dressed as a likely Presidential material as one to shake the minds of the people who are tired of being taken as captives in the Lagos Bullion Van political slave plantation called APC.

“Meanwhile, it is the responsibility of the Security Agencies to ensure that all the Candidates are truly secured but the LP is loudly and clearly expressing its condemnation of the criminally – inclined politics the APC is trying to re-introduce into the Nigerian Political system.

“President Muhammadu Buhari must now as a matter of urgency direct the service chiefs to place Festus Keyamo and other APC presidential Campaign members and supporters on a security watch list as they are now a threat to democracy ahead of the 2023 general elections.

LP finally, asked the APC to understand that the violence – propelled politics of the old has no room in today’s Nigeria but should rather focus on how to exit Nigeria as the poverty capital of the world before the end of their ‘inglorious’ tenure.