INSECURITY: GOV. OKEZIE IKPEAZU TELL ABIANS WHAT TO DO .

Governor Okezie Ikpeazu has called on Abia citizens and residents to always be security conscious and avail government and security agencies adequate information about suspected criminal activities in their various communities. 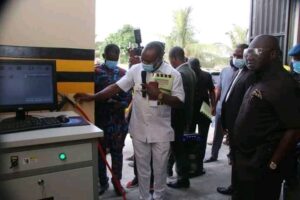 The Governor made the call at, Mgbọkọ, the headquarters of Obingwa Local Government Area during the grand finale of the State wide Sensitization Workshop Against Criminal Activities in Abia communities organized by the State Government. He said that Abia State has a unique system of crime management which depends on the support of everybody, hence the need to report suspicious movements and activities to security agencies. 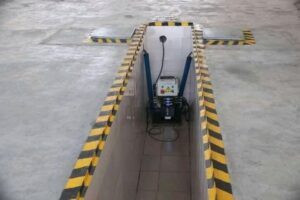 According to the Governor, security has become precarious and Nigeria has come to a point where crime is gradually becoming the norm, and as such, the need for all to work together to fight crime has arisen.
The Governor said that there is no reason for any young Abian to engage in kidnapping or other criminal activities as Abia is blessed with arable land for agriculture and our people are skilled in various entrepreneurial works. 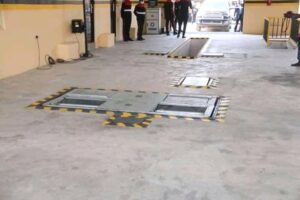 Governor Ikpeazu, who assured anyone who is involved in any illegal business and genuinely seeks to change to a genuine business that government would support him with some start up capital, saluted the Workshop Coordinator, Dr. Anthony Agbazuere for carrying out the program of sensitization in the 17 LGAs of the State.

Also speaking, the Member representing Obingwa West State Constituency at the State House of Assembly, Hon. A C Thomas Nkoro thanked the Governor for the initiative of sensitizing the people on criminal activities in the communities.

He informed that many laws have been passed at different times to stem the tides of criminality and stressed the need for continuous sensitization of the people in that regard, assuring that the House of Assembly would continue to make laws that would deepen collaboration of the legislature and the executive to maintain security in Abia State.

In a keynote address, the Coordinator of the workshop and Chief of Staff to the Governor, Dr. Anthony Agbazuere said the workshop was initiated by the Abia State Security Council led by the Governor to conscientize all citizens on the need for security in all the communities in the State. He said the government, security agencies and all citizens have various roles to play in ensuring adequate security of the communities.

According to him, the spate of insecurity is high in the country and asserted that crimes are no longer fashionable. He assured that government would protect all those who volunteer useful information on criminal activities in the State.

Making their brief presentations, the Commissioner of Police, Abia State, CP Janet Agbede, The Commandant, Nigeria Civil Defense Corps, Abia State Command Commandant Vincent Ogu, representative of NDLEA, Patricia Afolabi said without security, business cannot thrive and stressed the need for all to collaborate with security agencies to achieve peace. They thanked the Governor for the approving the workshop and described him as the most Security Conscious Governor in the country.

They informed the audience that majority of the criminals that perpetrated criminal activities in recent times in the State have been arrested.

Contributing, the Chairman, Abia State Council of Ndị Eze, Eze Joseph Nwabekee stated that the Igbo culture abhors criminality of all kinds and urged his fellow Traditional Rulers in the State to deploy the Chiefs, village heads, vigilante, youth organizations, development unions to ensure peace and tranquility in their communities. He enjoined them to carry the message of reducing criminal activities to their kingdoms as well as sustain their support for the Governor

Earlier in his address, the Executive Chairman, Obingwa Local Government Area, Hon. Michael Ibe Nwoke commended the Governor for priotizing security, stating that this led to his recent award as the the Best Governor on security matters in Nigeria.

In their various reactions, representative of National Youth Council of Nigeria, Chika Nwaokonko, State President, Hunters Association of Abia State, Mazi Igbodiegwu Alozie said they have decided to carry out sensitization to their groups and requested that they be protected when they give information to security agencies, assuring that they would join hands with the security agencies and government to achieve peace.

The event marked the end of a series of workshops which has taken the team to all the 17 Local Government Areas in the State.