The state Governor, Professor Ben Ayade has presented food items worth millions of naira to inmates of the four refugee settlements in the Ogoja Local Govt Area. 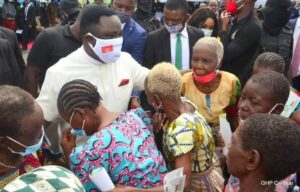 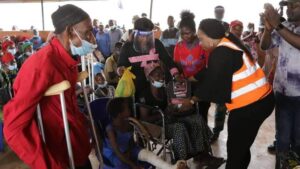 The items from the state processing industries, the kisimie noodles, and the Calachika chicken industry were given to Adagon one and three, Okenge and Danare refugee settlement camps. 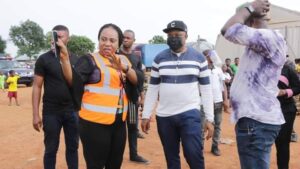 Flagging off the food distribution program at Aragon one camp, senator Ayade who spoke through the commissioner for Humanity and social welfare services, Mrs. Blessing Egbara explained, the gesture was to demonstrate the humanitarian attitude of the Governor. 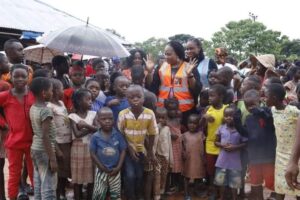 Prof. Ayade assured that the state government will continue to make life comfortable at the settlement camp with the provision of necessities including shelter and commended the peaceful co-existence in the camp. 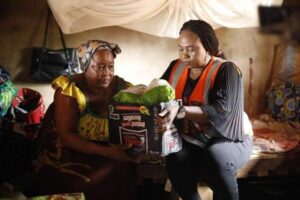 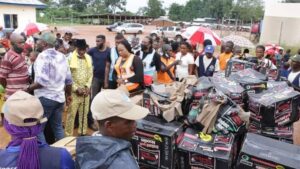 He prayed for a peaceful resolution in Cameroon to enable them to return to their father’s land.

Speaking earlier, the chairman of Ogoja Local Govt Area, Mr. Emmanuel Ishabor disclosed that the refugees found themselves in Cross River after a civil war, which broke out from Cameroon four years ago adding that they had to abandon business, homes, farmlands for the safety of their lives.

Responding on behalf of the beneficiaries, Mr. Kele Harrison Ashu and Mrs. Mero Bello thanked the state Governor, Professor Ben Ayade for remembering them with the gift which will change their diet and appealed for the restoration of their cash-based intervention stipends that was reduced from the original amount.

The Commissioner started the distribution exercise by presenting cartons of Noodles and chicken to weak and handicapped persons and visited the elderly and most vulnerable who could not make it to the venue of distribution.

Meanwhile, the state government has commended the host Community of the refugee settlement at Ogoja for their understanding and acceptance of the Cameroonian refugees in their land.

The Governor’s representative, commissioner Blessing Egbara made the commendation when she visited the village head of Ishibori, the host community of the refugee camp.

He noted that the government was aware of their understanding and accommodating approach and expressed appreciation for being a good host.

Responding, the village head of Ishibori, Chief Thomas Ekuga acknowledged that his people received the refugee with warmth and emphasized the need for them to sustain the peace amongst them.