GUN POINT DEMOCRACY? Anyone against my 2023 ambition will go down* — Lawmaker Vows Posted by News Mirror, December 15, 2021

Senator Istifanus Gyang representing Plateau North in the National Assembly has declared that anyone against his ambition to return to the 10th Assembly in 2023 ‘will go down.’ 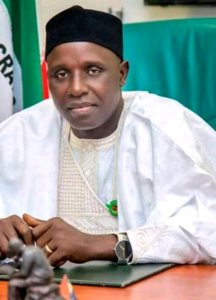 Gyang, who was elected into office in 2019 as a first-time lawmaker on the platform of the Peoples Democratic Party, made the declaration on Monday while speaking at a solar empowerment program that he organized for 400 youths drawn from his constituency.

The senator said, “I want to thank Plateau North for entrusting this mandate in my hands. This mandate is for the empowerment and uplift of my people and by the Grace of God, this mandate will transcend to the 10th Assembly. Anyone that dares the ever-winning mandate will go down for it.”

Sen. Istifanus Gyang however, urged youths in his constituency to focus on solar power production and maintenance skills.

Gyang said the National Hydropower Research and Development Energy Commission of Nigeria would train the beneficiaries of the program.

He urged the beneficiaries to be resourceful and build their capacities.

The lawmaker said that it was in their capacities as representatives of the people to empower their constituencies with the necessary skills to make them self-reliant.

“And that is why you have seen that consecutively in the last two months I have undertaken these series of empowerment.

“To give seed to our people so that they can invest in something that can help them to be self-reliant.