The global family and movement of the Indigenous People of Biafra (IPOB)under the command and leadership of the great leader Mazi Nnamdi KANU wish to alert Biafrans, friends of Biafra and lovers of freedom across the globe that Hope Uzodinma the Governor of Imo State is among those responsible for Malami and the fulani Cabal’s refusal  to release our leader and prophet Mazi Nnamdi KANU from DSS custody after Appeal Court acquitted and discharged him. 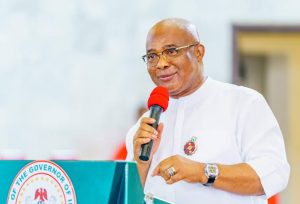 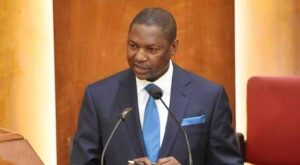 Hope Uzodinma was made Governor of Imo State by the Fulani Cabal in Aso Rock through the Supreme Court legal manouvering to highten the  insecurity and banditary in Imo State and the entire Eastern Region so they can  blackmail IPOB. Every one can attest that there is no other state in the South East with the level of insecurity and criminality as found in Orlu Provence of Imo State which is a  border Provence between Imo and Anambra States.

Hon. Emeka Ihedioha and his PDP insulted Ndigbo in Enugu State and his role towards the release of Mazi Nnamdi Kanu and we are coming for him and Hope Uzodinma.

Information reaching us indicated that Hope Uzodinma travels abroad every week to stash in foreign banks the money that he is making from insecurity in his state. We have credible information that this Imo State Vampire, Hope Uzodinma hand picked his favorite slave for state Speaker of the house, and and others as Members of Imo State House of Assembly who have voted millions of  Naira as weekly security funds for him. This Vampire, Hope Uzodinma shares some of the security funds with those who made him Governor in Abuja, then travels abroad weekly to deposit the rest of this blood money in his foreign bank. The purported weekly trips of Hope Uzodima to Abuja was actually oversea trips.

The intelligence reports available  to our authorities said that Hope Uzodinma adviced the Federal Government not to release Mazi Nnamdi KANU so that he can continue making money from the insecurity he has created in Imo State. We want to assure the public that once our leader is released he will help to stop the criminality going on in all the troubled zones in Biafra especially in Imo State.

IPOB intelligence unit, the M.Branch uncovered the move by the Supreme Court Administrator of Imo State, Hope Uzodinma’s plan to declare State of Emergency in Orsuihiteukwa and Orlu area to make money from the Federal Government and subsequently hand some of that area to fulani military who have been  occupying our land.

In the last Eastern Governors Forum meeting held on Sunday the 30th of October 2022, Hope Uzodinma did not attend and did not send any Representative. Being a Fulani mole to scuttle any effort to end insecurity in the East, he exempted himself because the issues of insecurity is the main agenda of the fulani Government of Nigeria, and the meeting may end his money making machine. He is making money from the blood of innocent Igbos. Shame on this vampire in our mist.

People should ask Hope Uzodinma why is he afraid of Mazi Nnamdi KANU’s  unconditionally release from DSS custody.

It is clear to all and sundry that once our leader Mazi Nnamdi KANU regains his freedom many sponsored criminalities going on in the East will stop because he is the man that ALL our people respect.

Hope Uzodinma advised Malami and his APC co-conspirators that our leader, Mazi Nnamdi KANU is a security risk and that they must attach conditions to his release. Therefore, Malami and his collaborators have handed a judgement script to the Supreme Court Justices of Nigeria, but we remind Supreme Court Justices of Nigeria that they are the last hope of the common man and should ensure that both local and international laws are upheld in the case of extraordinary rendition of our Leader Mazi Nnamdi KANU.

In similar vein, we condemn the decision to form another Security Outfit by South East Governors. We warned these Governors concerning forming a counter security outfit instead of supporting ESN formed by Mazi Kanu and IPOB. They went ahead and formed  Ebubeagu militias that later turned themselves into the killer sqaud of our people. IPOB has warned them to disband Ebubeagu militia but they refused. In the end Ebubeagu militia was hyjacked by the Vampire, Hope Uzodima and his fulani Cabal slave masters and was used to kill our youths in their numbers and destroy our people’s properties.  What is the benefit of forming another Ebubeagu in disguise after the previous one has been hyjacked? When will these Eastern Governors learn to protect their people instead of being moles for the fulani cabal? And when will these moles in Biafra land stop acting  selfishly and consider the lives of our people?

It doesn’t matter how many security outfits Abuja will help them form against our people, IPOB and ESN is here to protect and defend our people and our land.

It doesn’t matter what the Vampire Hope Uzodima does behind the scenes, Mazi Nnamdi KANU will be released and BIAFRA MUST COME.