Governor Chukwuma Soludo of Anambra State says one-third of the state has been submerged by flood, turning the already “bad situation” of the state as the “erosion capital of Nigeria” to “worse”. 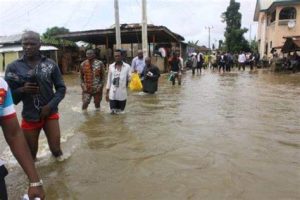 “The fundamental thing for us is not so much the ravage of this flood, it has made a bad situation worse for us in Anambra. The environment is Anambra’s number one existing threat. Anambra is the gully erosion capital of Nigeria with about 30% of our lands under threat by gully erosion,” the governor said on Channels Television’s Sunrise Daily programme on Tuesday. 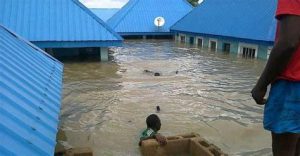 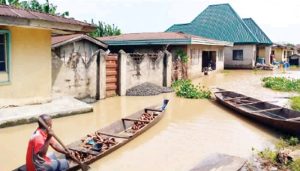 Soludo said Nigeria must have a national emergency conversation about flooding to avert recurrence.

“What is the nation doing to prepare for the next one because we know that it will happen again and again? It has been happening, and Cameroon will soon open the dam in the next one or two years. What is the national plan to deal with the next one? Whether we are going to build dams or embankments along the banks of the rivers. I think as a nation, we need a national emergency conversation,” he stated. 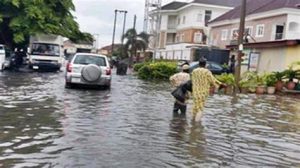 ‘NEMA’s Response Too Little, Too Late’

Floods have hit parts of Nigeria in the last two months with the National Emergency Management Agency (NEMA) saying that about 2.5 million persons were affected and over 603 persons killed by the flooding caused by torrential rainfall of late.

President Muhammadu Buhari ordered emergency responders to provide relief materials to flood victims but Soludo said though NEMA has been discharging its responsibilities in the state alongside the state government, NEMA’s response is “too little” and “too late”.

He said the National Assembly must come up with a forceful response to flooding which has become a perennial disaster in the country.

On August 23, 2022, the Presidency described the flooding in parts of the country as a state emergency and not a national emergency.

“Each of the three tiers, the local government, the state government and the federal government has a sizeable budget at its disposal, allocated monthly precisely for dealing with these state-level natural emergencies, as well as federal agencies dedicated to doing the same,” presidential spokesman Garba Shehu stated.

However, Soludo, while responding to Shehu’s statement on Tuesday, described the Ecological Fund paid to Anambra by the Federal Government as a “peanut” that can’t even cover a single bridge swept away by floods.

“I would have asked him (Shehu) what this allocation is for dealing with this kind of ravaging (situation) where flood sacks almost eight local governments at once and hundreds of billions worth of assets and livelihood?” he asked.

“I would bet that if you spend 50% of the entire Ecological Fund in Anambra State in one year, it will be significant but touch 20% of the problem. Anambra is a national emergency by itself, by the nature of the ecological challenge that requires special funding and attention because one-third of the land of Anambra is under threat,” the governor stated.