The Federal Governothersment has foregone N16.76tn in revenue to tax reliefs and concessions given to large companies between 2019 and 2021. 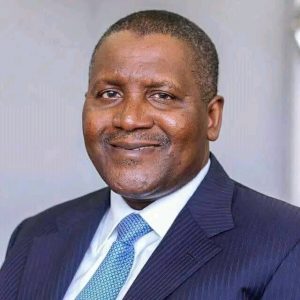 As of the end of 2021, 46 companies had benefitted from various tax incentives and duty waiver schemes while the requests of 186 companies were still pending.

These were contained in the tax expenditure statement (TES) reports in the Medium-Term Expenditure and Fiscal Strategy documents posted on the website of the Budget Office of the Federation.

In the TES report for 2019, it was stated that the Federal Government had forgone revenue of N4.2tn from two main sources, CIT and VAT.

For CIT, the estimated amount of revenue forgone was N1.1tn while N3.1tn was for VAT.

The TES report read, “The most significant conclusion is the large size of Nigeria’s revenue forgone from just two of the main taxes, i.e., CIT and VAT. Nigeria’s non-oil revenue potential is at least twice its current collections.

According to the TES report, the figure for revenue foregone would likely exceed N4.2tn if there were sufficient data, especially from Customs Duty, Excises, PPT, Personal Income Tax and concessions under the Oil and Gas Zones legislation.

By 2020, the figure rose to N5.8tn, with majority of it coming from revenue forgone under VAT. A breakdown showed that N4.3tn was forgone under VAT; N457bn under CIT; N307bn under PPT, and N780bn under customs duty.

It was also noted that five countries accounted for about 86 per cent of total customs relief, with China accounting for nearly two-thirds of total relief granted. Netherlands, Togo, Benin and India were the other top sources of supplies benefitting from the reliefs.

For the three-year period, therefore, the Federal Government had to forgo a total of N16.79tn in tax reliefs, Customs duty waivers and concessions, according to an analysis by The PUNCH.

Under this figure, tax exemptions covered imported goods covered by diplomatic privileges, military hardware, fuels and lubricants, hospital and surgical equipment, aircraft (their parts and ancillary equipment), plant and machinery imported for use by companies in export processing zones, health and medical supplies to abate the spread of COVID.

Other exemptions included: reliefs on the presidential initiative on COVID-19 supplies, Import Duty and VAT on commercial airlines.

It was also noted that five countries accounted for about 92 per cent of total Customs relief with China accounting for nearly half of the total relief granted. Singapore, Netherlands, Togo, Benin Republic and India were the other top sources of supplies benefitting from the reliefs.

Meanwhile, the beneficiaries of the tax reliefs and concessions included Dangote, Lafarge, Honeywell and 43 other major beneficiaries.

As of the end of 2021, 46 companies had benefitted from the tax incentive scheme while the requests of 186 companies were still pending.

They were beneficiaries of the pioneer status tax relief under the Industrial Development Income Tax Act with tax reliefs for a three-year period.

This was contained in the Q4 2021 PSI report released by the Nigeria Investment Promotion Commission.

The pioneer status is an incentive offered by the Federal Government, which exempts companies from paying income tax for a certain period. This tax exemption can be full or partial.

The incentive is generally regarded as an industrial measure aimed at stimulating investments in the economy.

The products or companies eligible for this pioneer status are those that do not already exist in the country.

Economic experts have stressed the role of tax waivers in driving economic growth but questioned the transparency and objective rate of the Federal Government in granting the tax waivers.

The Managing Director/Chief Executive Officer, Cowry Asset Management Limited, Mr Johnson Chukwu, explained that what was forgone could not be seen as revenue leakages, describing it as delayed gratification which would enable the Federal Government to achieve long-term higher revenues.

“I won’t call the amount as losses unless those tax concessions were not granted with an objective motive and national interest.”

He stressed that there were benefits that would accrue from granting these waivers, noting that they would stimulate the economy.

The Chief Executive Officer, Centre for the Promotion of Private Enterprise, Dr Muda Yusuf, also noted that there was nothing wrong with waivers if they were in line with tax policies.

He noted that tax incentives were necessary to encourage investment and the establishment of some pioneer businesses.

He said, “The whole idea of incentives is to grow the economy. When you are growing the economy, you are not only looking at revenue, you are looking at employment and multiplier effects. In the medium to long term, you will get this revenue by the time you are able to grow these investments. It is inappropriate to see it as revenue loss unless the incentive policy itself is discriminatory.”

He stressed that the process should be transparent and seen as an effort by the government to grow the economy.

However, some experts are of the opinion that tax reliefs and waivers granted by the government were discriminatory, noting that some of the processes were not transparent enough.

A former President of the National Accountants of Nigeria, Dr Sam Nzekwe, said there was a need for the process of granting certain tax reliefs, import duty waivers and concessions to be transparent.

For a professor of Economics at the Nnamdi Azikiwe University, Uche Nwogwugwu, such waivers were naturally discriminatory.

“They fulfil an economic theory that says that the rich man should not be taxed so as to provide jobs for the poor man. If the rich were taxed, the poor would not get jobs, that is what they are applying, which is a negative economic theory.”

He wondered why companies would be selected to benefit from such humongous tax waivers when the country’s revenues were seriously leaking.

He further questioned why the small and medium-scale businesses, which were the real job creators in the economy, were not provided with waivers.

“The SMEs created 59 million jobs as of 2017, which was around 80 per cent of the employment in the economy. The majority who created these jobs were micro businesses, which made up 99 per cent of SMEs group. Many of them are looking for just as little as N50, 000 to expand. Why is our government not looking in this direction?” he queried.

However, the Fiscal Policy Partner and Africa Tax Leader at PricewaterhouseCoopers, Mr Taiwo Oyedele, noted that tax incentives were crucial in driving investments when properly targeted.

He said, “Tax incentives are not necessarily bad. They can be applied in a manner that benefits the overall economy by encouraging investments in critical areas.

“However, incentives must be properly designed and targeted to be meaningful while the government must periodically review incentive schemes to ensure they are still relevant and provide value for money. For instance, the N16tn tax for the last three years includes VAT exemption on basic food items which is necessary given the level of poverty and rising food inflation.”

He further urged the government to close the non-compliance gap, leverage technology and tax intelligence while ensuring tax harmonisation to boost tax revenue.

“To improve revenue from taxation, the government needs to focus on closing the non-compliance gap, leverage on technology and tax intelligence, while ensuring tax harmonisation both in terms of reducing multiple agencies to a single revenue agency per level of government as well as harmonising multiplicity of taxes,” Oyedele added.

Nigeria is not in the right fiscal shape as exemplified by its poor tax revenues. The country earned N6.4tn in taxes in 2021, according to the Federal Inland Revenue Service. This represents about $15.433bn.

“The Service issued certificates for the sum of N147.8bn tax credit to private investors and the NNPC for road infrastructure under the Road Infrastructure Development Refurbishment Investment Tax Credit Scheme created by Executive Order No. 007 of 2019,” he added

However, this number was dwarfed by the revenues that accrued to Africa’s second-largest economy in the same year.

Culled from – The PUNCH.