The Abia state government says it is committed to restoring the lost status of Aba as the commercial and technological hub of the nation. 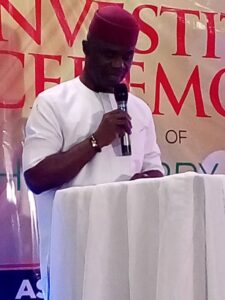 According to the government, this is based on the realisation that the Abia state weak economy would experience a complete turnaround if Aba is fixed.

Governor Okezie Ikpeazu stated this at the investiture of Chief Jerry Kalu as the 17th President of Aba Chamber of Commerce, Industry, Mines and Agriculture (ACCIMA). 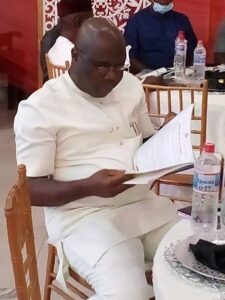 Governor Ikpeazu who was represented by his deputy, Sir Ude Oko Chukwu solicited the support and collaboration of ACCIMA in achieving the laudable goal.

“It’s no exaggeration that ACCIMA has consistently delivered on its core mandate of developing and furthering the interest of local companies and businesses in the Enyimba city” the governor said. 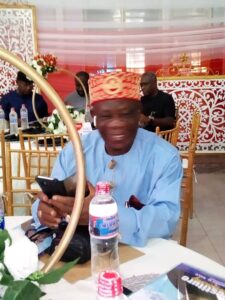 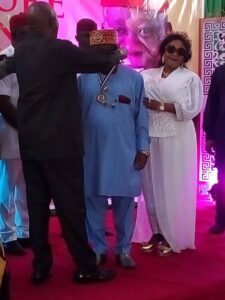 It was a period of stock taking as the out-gone Chairman of the chamber, Sir Lawrence Obetta in his speech gave account of his stewardship.

Sir Obetta enumerated his achievements to include remodeling of ACCIMA Secretariat, donation of Covid-19 palliative to some motherless babies home in Aba, holding of Aba business and leadership summit, opening of Enyimba shopping mall for business among others.

His words “some of the changes we made were visible while some are behind the scene”.

Earlier in his opening remarks, the chairman of the occasion, Chief Omerekpe, commended businessmen and industrialists in Aba for their bravery by continuing to operate in the town when others left in droves when Aba faced security challenges due to rise in violent crimes some years back.

Chief Omerekpe who is well known for his various acts of philanthropy, spoke of his friendship with Chief Jerry Kalu which dates back to their teenage years.

“I congratulate Aba Chamber of Commerce for the choice you made in Chief Jerry Kalu.

“Chief Jerry Kalu is well known to me. He is a man that has the blessing of turning waste into wealth” he said.

The climax of the ceremony was the official investiture of Chief Jerry Kalu as the new President of ACCIMA. The handing over of the leadership baton was witnessed by some dignitaries including the Deputy Governor, Chief Ncheta Omerekpe and Sir Leo Nnodu-Okoye.

In his acceptance speech, Chief Jerry Kalu outlined some of the projects he and members of the new executive intend to pursue while in office.

The projects are flood control and construction of drainage system, digital entrance gate and security gate, establishment of one stop shop and installation of solar energy to power the secretariat.

“May I assure everyone that the trust placed on us will not be misplaced.

Chief Kalu said “we are ready and prepared to transform the entire ACCIMA to a level our founding fathers will be proud of us and even our predecessors”.

The colourful ceremony attracted many dignitaries including captains of industry.