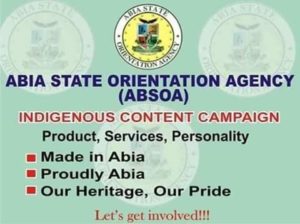 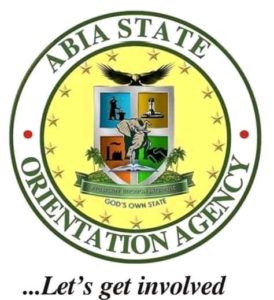 A visibly elated Adindu told Abia Gazette the First Lady has graciously assured
she would join the Agency Wednesday,January 15,2020 to flag off the campaign
aimed at promoting Made in Abia Products,Services and Personalities..

He also revealed Vicar Hope Foundation,the Charity Organization founded
by Deaconess Ikpeazu, is partnering ABSOA for the flag off. 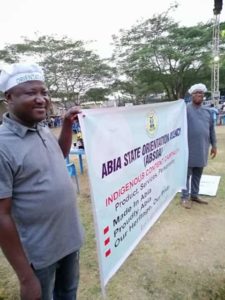 According to the DG and former Chief Press Secretary to the Governor, the product launch is shaped after the Experiential Marketing activation style and will involve high-ranking government officials and the public interacting with a special Abia Brand.
“The aim is to project the product as an Abia identity, symbol and heritage. We want to show the world that Abia is a minefield yet untapped, that there are great potentials here,” he said.

Adindu hinted that the Wednesday launch will be a debut of a year-long campaign that will feature Abia products, services and Personalities. “There will be a succession of campaign and seminars dealing on different aspects of Abia life. Our big picture is to create a mind association about Abia”. 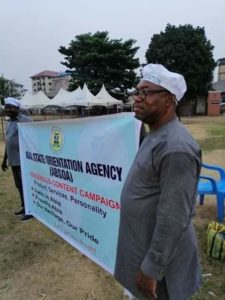 Adindu explained that the campaign will project products manufactured or produced in Abia, Special Services rendered by Abians and outstanding personalities who have distinguished themselves in their career, profession or trade.

The Agency will also engage local entrepreneurs and discuss their processes with the aim of building a profile of their businesses for media publicity.

Under the outstanding Personality Campaign, the Agency said it will project Abia students who are breaking records in their different discipline and other professionals and businessmen who are distinguishing themselves in their careers and position them as great ambassadors of the state.

The campaign will also deploy integrated marketing communications strategies and grassroot engagement mechanisms to repackage our cultural identities and festivals and project them to national limelight so that they could be adopted as part of national cultural heritage and world resource events.

the DG further disclosed that the campaign is being driven in phases and will cover all areas of activities in Abia, adding that the aim is to build the brand Abia, create a new identity and position Abia as a center of creativity and excellence.

He emphasized that the role of the Abia State Orientation Agency is to communicate government policies, change negative attitudes of the citizenry towards government and build a new spirit of patriotism amongst the people.