Popular Nigeria Abuja-based musician, Chop Boii, has been confirmed murdered alongside three of his friends in the Gwarimpa area of Abuja. 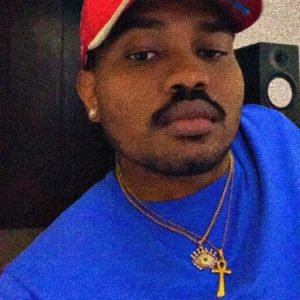 The fingers of the musician and his friends were also chopped off after they were murdered yesterday, Tuesday, September 27, 2022,.

Some unknown gunmen were alleged to be behind the attack, as these gunmen went ahead to use their blood to write on the wall.

“The late Chop Boii was at the wrong place at the wrong time”, a friend of the late musician was quoted on Twitter.

The late Chop Boii was said to be producing new music with his music producer, another friend of his, and his producer’s girlfriend, at the residence of the producer at Gwarimpa, Abuja, when the gunmen struck.

“The unknown gunmen’s targets were the producer and his girlfriend, but unfortunately for them, Chop Boi and his friend were also there, and they butchered them all, even writing on the wall with their blood after cutting their fingers off”, a source disclosed.