Nigerian states and the federal government have been using surveillance technologies to snoop on citizens’ data and communications on their devices, according to a report. 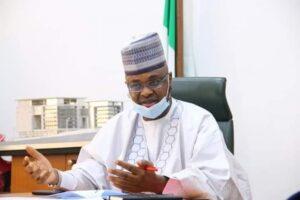 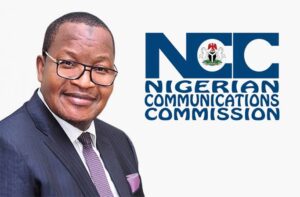 A report by the Action Group on Free Civic Space said the government is using the technologies to track down rights activists, journalists, opposition politicians, and other targeted citizens.

The report acknowledges Nigeria’s security challenges “that threaten to tear its sovereign fabric apart” – such that the Nigerian government is deploying technology and anti-technological means to curb terrorist activities.

However, the report claims that the state and the federal governments are guilty of hiding under the guise of deploying technology to tackle societal challenges to ‘reign’ on private citizens, journalists, and activists through snooping data and communication from their devices.

Allegations of the Nigerian government spying on its people are not new.

In December 2020, Nigeria’s Defence Intelligence Agency acquired equipment that it can use to spy on calls and text messages, according to a report by the University of Toronto’s Citizen Lab, which researches digital surveillance, security, privacy and accountability.

“State actors have taken advantage of their unfettered access to these new technologies to either expand pre-existing policing powers or award themselves new surveillance powers,” the report said.

“A deep dive into the state’s most popular techniques and tactics explains why digital repression, including surveillance abuses in the country, is on the rise and flags the subsequent reforms/steps needed to counter these trends.”

Although Nigeria does not have a law that protects citizens’ digital rights – preventing government authorities from monitoring private communications, recent events in the country suggested that the government was moving to legalise its powers to access citizens’ private data.

In July 2021, the Nigerian Senate allotted a total of ₦4.8 (4,870,350,000) billion to the National Intelligence Agency (NIA) to monitor WhatsApp messages, phone calls, text messages, and other forms of mobile and digital communications in the country.

From the ₦4.8 billion, N1.93 billion was earmarked for ‘WhatsApp Intercept Solution’ and N2.93 billion for ‘Thuraya Interception Solution’ – a communications system used for monitoring voice calls or call-related information, SMS, data traffic, among others. This was met with stiff opposition by right groups and the Nigerian public.

But prior to that, President Muhammadu Buhari had directed the NCC to collect the phone International Mobile Equipment Identity (IMEI) of citizens as part of measures to tackle insecurity.

Buhari’s directive to the NCC was contained in the Revised National Identity Policy for SIM Card Registration which contains how the government intends to achieve security from the digital space.

However, the Security Playbook of Digital Authoritarianism in Nigeria is calling on the government to “end the misuse of digital technologies to stifle dissent, mitigate the effects of illegal surveillance practices, and increase the ability of citizens to freely access information and exercise their legal freedom of expression and right to privacy.”

“To make matters worse, these restrictions on civic freedoms and privacy rights wear the toga of “national security”, “intelligence” and “secrecy,” making it easier for culprits to escape scrutiny and accountability,” the report said.

It also indicted Nigerian telecommunication companies (Telcos) who gave their cooperation to the government’s ploy to stifle free speech and abuse of digital rights.