Bimbo, the wife of popular car dealer Ikechukwu Ogbonna, better known as IVD, has d!ed. Her sister confirmed her passing on social media some hours ago. 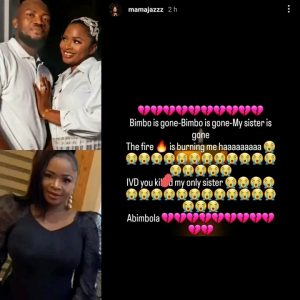 Bimbo was rushed to the hospital sometime this week after suffering severe burns during a violent incident at their residence in Megamound estate, Lekki, Lagos. Sources claimed Bimbo confronted her husband IVD on Wednesday, October 12, 2022, over the constant b€atings she receives, and a fight ensued. 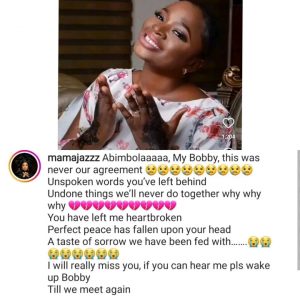 The fight resulted in their house being set ablaze. IVD was said to have escaped with minor burns while Bimbo suffered severe burns and was rushed to the intensive care unit. Sadly. she lost the battle to live. 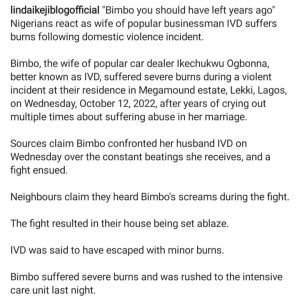 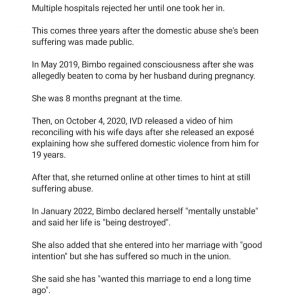 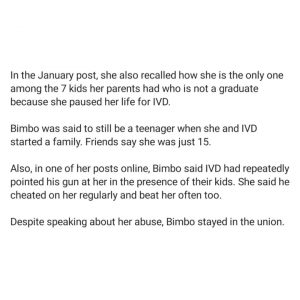 Her demise comes after many years of physical abuse she allegedly suffered from her husband and the father of her five children.

In May 2019, Bimbo regained consciousness after she was allegedly beaten to a coma by her husband during pregnancy. She was 8 months pregnant at the time. 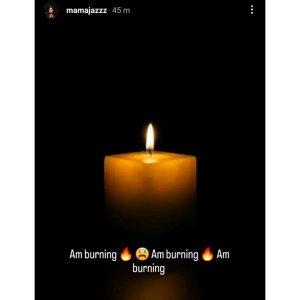 Then, on October 4, 2020, IVD released a video of him reconciling with his wife days after she released an exposé explaining how she suffered domestic violence from him for 19 years.