Alex Ekwueme’s Wisdom from the Beyond By Chido Nwakanma 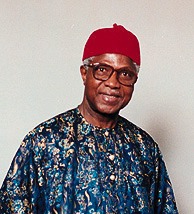 It is that time again when Nigerians either cogitate or ruminate and even agonise over this land of our forebears. February 2023 general elections hold great significance in several areas. It will either be a paradigm shift or a stiffening of the status quo. It is thus appropriate to read a book that addresses the question of the moment: Whither Nigeria? 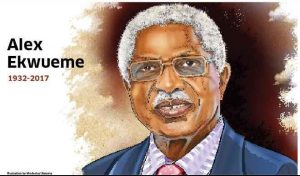 Alex Ekwueme’s (2002), Whither Nigeria: Thoughts on Democracy, Politics, and the Constitution, contains 22 essays that represent far-reaching insights and thoughts on politics and public policy in Nigeria. Reading it is like hearing a voice from the beyond with all the wisdom of the ages. The twenty-two essays in this book cover a broad range of issues and the years 1992-2000. They communicate that Ekwueme made critical and significant contributions to the birthing of the Fourth Republic.
Ekwueme’s collection of essays follows best practices in offering a distinct point of view that enables the reader to situate himself in the Nigerian milieu and its challenges. It is a mirror and a reflection on our take-off point and where we are now twenty years after. Most Nigerians can see themselves herein and remember where they were at each of the points in the book.
Dr. Alex Ekwueme is eminently qualified in theory and practice to speak on these topics. The erudite gentleman bagged six degrees, including two doctorates in his lifetime. He had a broad cosmopolitan worldview and saw provision and privation. He was the first elected Vice-President of Nigeria in the Second Republic.
The military governments of General Muhammadu Buhari and Ibrahim Babangida detained Ekwueme for six years after they overthrew the Shehu Shagari-Alex Ekwueme government. They found nothing on him, yet kept him, as second-in-command in jail while Shehu Shagari, captain of the team, enjoyed house arrest! 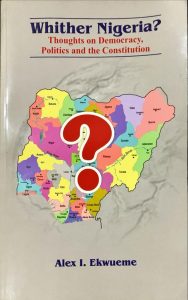