The attention of Ncheta Omerekpe Campaign Organisation has been drawn to the news making the rounds and written by the Chief Press Secretary to the Governor of Abia state, Sir Onyebuchi Ememanka on the facts laid on the table concerning Chief Omerekpe’s involvement with Abia State government and his role on the $300 Million Loan to Abia state government during his Local Government visitation to the party Leaders and delegates. 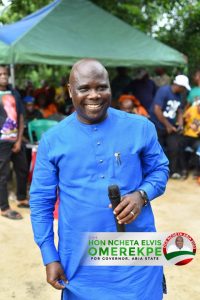 The rantings of the Governor’s Chief Press Secretary is a clear indication that the image maker of the Governor is a mere “E – Rat ” that is not even aware of what his Boss is doing and not capable of handling such a sensitive position.

One would have expected Ememanka to have audience with the Governor as to know the facts of the matter and avoid his deceitful ” grammatical semantics”.

Our happiness is that, Abians cannot be deceived again in the name of politics.

We have come to a point in our political history that good conscience and integrity should guide our thoughts, thinking, actions and to also know that, no matter what we do, God is alive and watching over us.

While we don’t wish to join issues with an E – Rat, like Ememanka, that is not conscious of what goes around the office he unprofessionally occupies, it is worthy to tell Abians that all Chief Omerekpe said during our tour are facts and we stand by them.

For the avoidance of doubt, Chief Ncheta Elvis Omerekpe came into the picture of African Development Bank Loan ( AFDB), when it was alleged that Dr. Alex Otti blocked access to the loan.

Hence, his company was consulted for intervention as a consultant, Pro Bono and he defended the loan before the Senate Committee on Local and Foreign loans, headed by Distinguished Senator, Shehu Sani during the 8th Senate.

The following people are alive and accompanied Chief Omerekpe before the Senate Committee. They are :- Sen. T A Orji, Sen. Enyi Abaribe, Obinna Oriaku, Barr. Bob Ogu, Hon. Darlington Nwokocha amongst others. 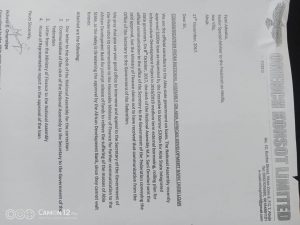 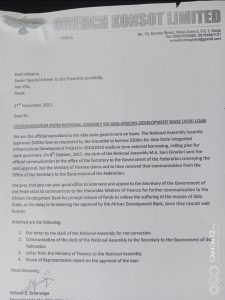 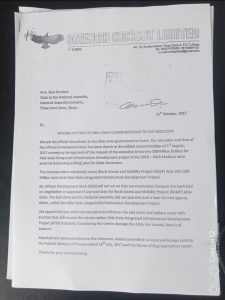 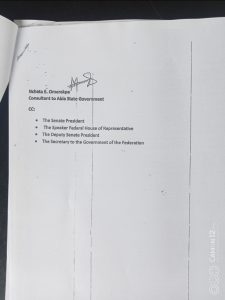 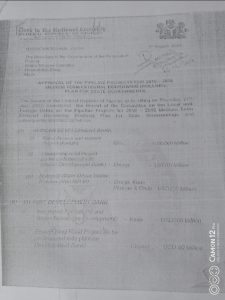 The question is; did Onyebuchi Ememanka sight the documents and did he ask questions before going public to disgrace his office?

Does it not tell Abians there is a disconnect from the government he is serving?

It is now obvious to Abians that, Ememanka may be working with Gov. Okezie Ikpeazu but this has proven that, Ikpeazu is not working with him in reality if indeed he is not aware of these transaction.

Let us conclude by dropping some of the documents with dates here, and any further insult on Chief Omerekpe, we may be forced to release more documents.