In her quest to further the cause of the school, the Governing council of Abia state polytechnic Aba, led by Elder John Nwangborogwu has inaugurated three committes aimed at repositioning the school in line with the directive of Abia State Governor, Dr. Okezie Victor Ikpeazu. 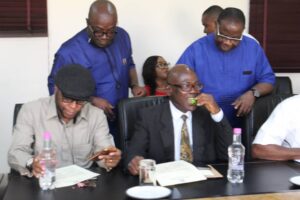 The committees are:- Technical Committee for conversion of Abia State Polytechnic to University of Science, Technology and Entrepreneurship with Prof. Paul Nwulu as the Chairman and Mr Onyedikachi Ugbogu will serve as the secretary, with other Nine members. 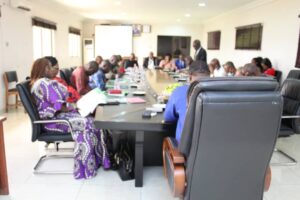 The Committee for Special Purpose that will drive the business aspect of the school also with Prof. Paul Nwulu as the Chairman, with Barr. Ikenna Anyanwu as the secretary, with other four members and the Steering Committee, with Elder John Nwangborogwu as the Chairman and Mr. Chinyere Oriaku as Secretary with other six members. 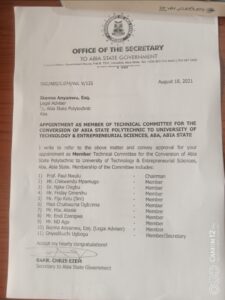 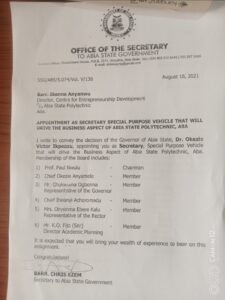 Speaking during the Inauguration, the Chairman Governing Council of the school, Elder John Nwangborogwu reteriated the need to convert the school into a conventional University, based on detailed research, feasibility study and interaction with relevant stakeholders which led the Board to make a bold decision for the conversion of the school to a conventional University with the directive of the education loving Governor, Dr. Okezie Ikpeazu, stating that the Committee has two months to report back to the council.

In his response after the inauguration, Prof. Paul Nwulu extolled the decision for the conversion of Abia State Polytechnic to University, which according to him will boost the turnaround of the institution.

Prof. Nwulu added that, the name of the University is quite suitable as it covers the yearning of the contemporary society and pledged the commitment of the committee to achieve the stipulated objectives of Abia State Government and stated their committment to deliver on the mandate given to them.

In his speech, Prof Mkpa Agu Mkpa, a member of the steering committee, thanked Gov. Okezie Ikpeazu for his drive to change the fortunes of Abia State Polytechnic.

He also thanked the Governing Council and the school Management for finding them worthy to serve in various committees and extolled the leadership prowess of Elder John Nwagborogbu led Council, describing his appointment as timely.

Prof. Mkpa noted that the days are gone when students will be job seekers, stressing that entrepreneurship is sancrosant and is the only option left to salvage the unemployment situation in Nigeria.