The abductors of the Oloso of Oso- Ajowa Akoko, in Akoko North West Area of Ondo State, Oba Clement Jimoh Olukotun, have demanded a N100m ransom for the release of the monarch. 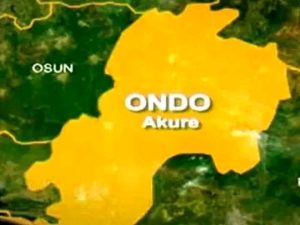 According to a palace source, the kidnappers on Saturday contacted the family to demand the ransom two days after the traditional ruler was kidnapped.

The monarch was on Thursday around 11:00am abducted after the gunmen stormed that palace located in the heart of the town. Upon their arrival, the abductors fired series of gunshots at the gate of the palace in order to access the residence.

Following the incident, the family of the monarch on Saturday appealed to the state governor, Oluwarotimi Akeredolu and security agencies as as well as Nigerians to come to the aid of their monarch in order for his abductors to release him.

The palace source added that police operatives and hunters with the community have begun to comb the forest from Ajowa to Kogi borders to search for the king.

The source said, “We received a call from them early today. One of the family members received the call. We can now confirm that the gunmen were kidnappers.

“They demanded a sum of N100m as ransom for Kabiyesi to be let off the hook . Where can we get such a huge amount? This is beyond our reach.

“We are pleading with the Ondo State Government, leaders of Akoko Northwest Local Government and other Nigerians to help us out.”