“There is no gainsaying the fact that Obi has galvanized interests of people not just in Igbo land but across other geopolitical zones. He has revolutionarised the system. People are now saying let’s now go and vote. 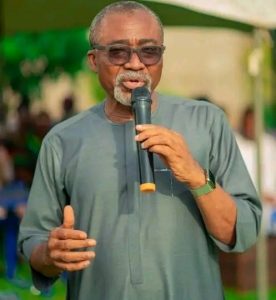 “People who had lost interest before are now showing interest in voting. Though I’m in a different party, the truth is that it will be difficult for me to say: Don’t vote for Obi. In fact, some parties have already adopted him. They tell people: For President, vote for Obi, and then for other positions vote our party.”

He said that the political cabal in the country never envisaged the eruption of Obi phenomenon, but added that the movement is massive and exponential.

” People are fed up with the old system and they want a breath of fresh air.
They have seen Obi as somebody that will bring the fresh air and that is why they are rallying behind him.

“If he wins it will bring a paradigm shift to the system.”

It is a progressive News to hear that soon, Nigerians in diaspora will be able vote in Elections – SDP guber candidate Ngozika Gladys Johnson-Ogbuneke