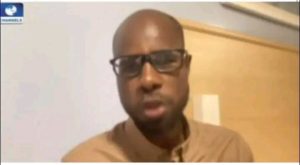 He made the comment while speaking on Channels Television’s Politics Today.

Mr Bukarti said this was the first time the terrorist group was establishing a presence in the nation’s North-Central region.

“In the North-Central, close to Abuja, all the three factions of Boko Haram have now successfully established themselves,” he said.

“And even it its heyday between 2014 and 2015, Boko Haram has never had a residence cell in the North-Central or the North-West. In those days, they were sending bombers from the North-East to detonate bombs in Abuja, Kano and other places.

“But what we see today are all of the three factions of Boko Haram having cells resident in Niger, Nasarawa, Zamfara and now close to Abuja. And this is very worrying. And they are getting deadlier. And we know they have now put Abuja under siege and Nigeria has got to wake up and do what we need to do to confront these challenges.”

His comment comes amid a heightened sense of insecurity in the nation’s capital.

The Federal Government has said it is working to restore peace across the country.