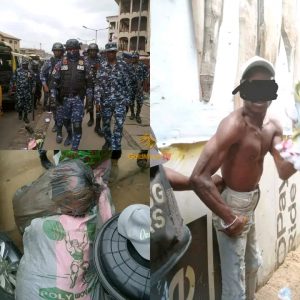 “The RRS was on ground to complement the efforts of Denton Police Division.

“Several bags of assorted hard drugs were also recovered. Patrol teams have been stationed around the area while investigations are on to arrest the rest of the miscreants.

“The suspect will be handed over to the NDLEA.”