ECWA Social Movement, the socio-political arm of the Evangelical Church Winning All (ECWA), has donated the sum of N250,000 (two hundred and fifty thousand naira) to the family of Deborah Samuel, a student of Shehu Shagari College of Education, who was murdered over alleged blasphemy. 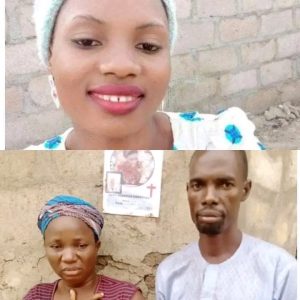 The group had set out to refund the N120,000 the parents of the deceased, an ECWA member before the unfortunate incident, had reportedly paid to retrieve her body to Niger State to give her a proper burial.

And in less than 24hours, the group was able to raise N250,000, which has since been handed over to her family courtesy of the group.

Deborah’s Father, who was overwhelmed by the gift, was full of gratitude to the group, stating repeatedly that he was short of words of appreciation.

“May God bless everyone who intervened in Deborah’s issue. I really appreciate you; I don’t know what to say anymore.”

While expressing his gratitude, he disclosed that over 20 persons has giving their lives to Christ in their house.

He said: “Because of this Deborah’s issue, over 20 persons gave their lives to Christ in this house.

“As we speak, they are inside our house, in the sitting room. They came here and they are praying,” the bereaved father said in Hausa while his son interpreted.”