Woman Arrested In Katsina For Allegedly Killing Her Boss Inside Office

The Katsina State Police Command has arrested one Ms Muhibat Taiwo Abdulsalam, a staff of the Federal Competitive Consumer Protection Commission (FCCPC), Katsina branch, over alleged murder of her boss. 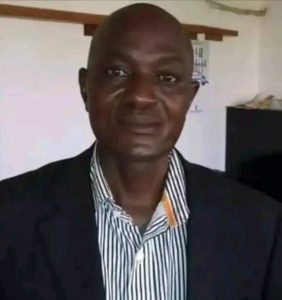 The suspect allegedly k!lled Julius Haruna, 57, the Northwest Zonal Coordinator of the commission in his office before accusing him of sexual harassment.

Spokesman of the command, SP Gambo Isah, who confirmed the incident said the suspect had reportedly done a certain report for which she demanded N80,000.

The deceased directed the cashier to give N4,000 to Abdussalam, arguing that what she did was not up to the amount she demanded.

According to the police investigation, an argument ensued between the suspect and the deceased in his office in the presence of the cashier who later left the two in fierce argument.

He added that the lady allegedly manhandled the deceased, tore his clothes and took his nuude picture. She reportedly rushed to the GRA police station, where she reported him for alleged seexuual harassment.

“Our investigations also revealed that the suspect, Ms Muhibat, had fought four previous directors who were there before the deceased,” Isah said, adding that investigation into the matter was ongoing.

After her report at the police station, some police officers were said to have followed her to the directors office only to meet him lifeless on the floor, with bruises on his body.

It was further gathered that Julius Haruna had reported Ms Muhibat severally to the Head Office for acts of insubordination.

The elder brother of the deceased, Aegidius Haruna, in a statement said “they quarrelled over money approved for her in the office because she needed extra which he refused to oblige. I think that is how the problem started.”

“We are shocked by his death. Our family members sent me here to seek justice for his death,” Aegidius said.

He added that the suspect who is currently detained at the GRA Police station would be moved in due course to the state CID for further investigation.