WICKED: Journalist Reveals How Abba Kyari Locked Him In Car Trunk From Lagos To Calabar Posted by News Mirror, March 8, 2022

Journalist and activist, Agba Jalingo, has narrated how suspended Deputy Commissioner of Police, Abba Kyari, locked him up in a car trunk and drove him from Lagos State to Calabar, the Cross River State capital. 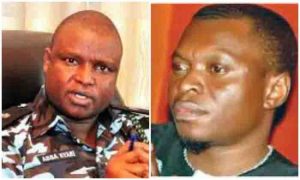 The activist, in a statement on Monday, also hit operatives of the National Drug Law Enforcement Agency over their failure to handcuff Kyari and other suspects in court on Monday. 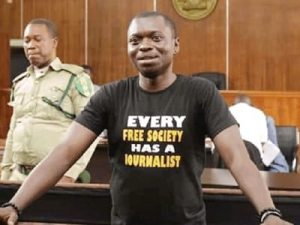 Kyari and other co-defendants appeared before an Abuja court on Monday after the Federal Government, through the NDLEA, arraigned him and others on eight counts bordering on conspiracy, obstruction, and dealing in cocaine, and other related offences.

While two of Kyari’s accomplices pleaded guilty to the charges preferred against them, the embattled former head of the Intelligence Response Team said he was innocent.

He was thereafter denied bail by Justice Emeka Nwite who adjourned the matter till Monday and ordered that Kyari and the other defendants be remanded in NDLEA custody.

Commenting on the appearance of Kyari in court on Monday, Jalingo accused security agencies of giving preferential treatment to the cop.

Jalingo was in 2019 detained for 179 days at the Afokang Prison in Calabar following an allegation of treason by the Cross River State Governor, Benedict Ayade.

The activist on Monday recalled his prison ordeal and revealed that Kyari and ACP Sunday Ubua (also in NDLEA’s net) drove him by road in a car trunk from Lagos to Calabar.

Jalingo said, “Abba Kyari and ACP Ubua were paid by the Cross River Government to arrest me from Lagos, drive me by road in the booth of a Toyota Highlander and hand over to Calabar. I will never forget and don’t ask me to.”

“I was charged. Every day I appeared in court, I arrived with my hands and handcuffs lifted in the air.

“Today, these men are in court, the same men who enjoyed parading their own suspects gleefully in the media, even against the law; they are now covering their faces. Covering their faces from what exactly! The same cameras they flaunted in the faces of those they kept and refused to even take to court?” he asked.

The ‘super’ cop was last year enmeshed in a fraud case involving Ramon Abbas aka Hushpuppi and an American court had ordered the Federal Bureau of Investigation to arrest him.

After about a year of foot dragging, the Attorney General of the Federation, Abubakar Malami, recently okayed the extradition of Kyari to the United States but many observers have pointed out that the extradition process has hit a brick wall with the NDLEA’s case.