Not long ago, about 28th January, 2022, an uninformed lazy mercenary who anonymously falsely disguised himself as a reporter with Blueprint Newspaper had allowed himself to be used as a ridiculously poorly paid instrument to raise what his masters foolishly had contemplated could serve them as an alarming falsehood against me. 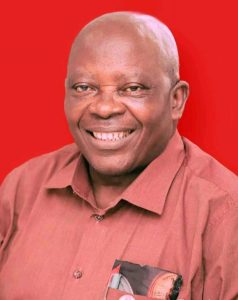 In a glaring case of imbecility, the professionally-deficient reporter had alleged that I had ‘collected the sum of five million Naira from a Governorship Aspirant, Engr Enyinnaya Nwafor, and had, therefore, lambasted my Principal, Governor Okezie Ikpeazu, on his succession plan for 2023’.

I had written off that cheep propaganda as the handwork of a completely frustrated and dejected desperado.
Of course, the intention of the desperate misadventures was to paint me black before the Governor. They, however, were so moronic that they forgot that the Governor is a genius. So, they failed woefully.

Being aggrieved and hunted by their failure to give me a bad name as to witness me hung, they have, today, come up with another spurious allegation that entirely smacks of absurdity. In a poorly-crafted report in a Social Media Platform, 9News Nigeria, they hopelessly alleged that I had a secret nocturnal meeting with a serial governorship failure in Abia State, Mr Alexander Otti.

In their obvious deficiency of intelligence, they ridiculously alleged that I had gone to entice Mr Alexander Otti to decamp once again from his third Political Party back to Peoples Democratic Party, so that he could contest for Abia Governorship on the platform of the Party in 2023.

I honestly feel ashamed that some persons could be as brainless and indecorous as this. If they want to learn the art and act of propaganda, why do they not meet me, Okwubunka of Asa Gburugburu and Oke Amadi Nd’Asa?

In the first instance, what do they want to achieve? If their mission is to discourage me from championing my clearly-defined Concept of Equity in Abia State, which dictates that a credible aspirant from Umunneato-Ngwa in Abia-Central Senatorial District will succeed Governor Okezie Ikpeazu in 2023, these anonymous cowards should know that once I am convinced on a Principle, it automatically becomes Forward Ever, Backward Never!

I have been on self-advised leave since this month, from the Social Media. But these miscreants would not allow me my desired and deserved rest. I want to have adequate rest before politics takes the centre stage.

Sir Don Ubani is a former Commissioner for Information and Strategy and writes from Asa.