A Deputy Commissioner of Police, Ibrahim Babazango, has allegedly threatened violent attacks against one Vincent Umeh for buying property near his house in Adamawa State. 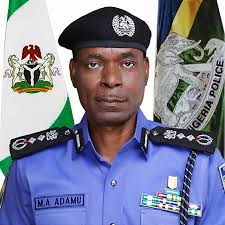 SaharaReporters learnt that the police boss, who hails from Adamawa State, claimed he did not want a southerner as his next-door neighbour.

Babazango, who is currently attached to the Lagos State Police Command, was reportedly infuriated to learn that a Southeasterner was his new neighbour.

SaharaReporters learnt that the property is located at 33, Mohammed Mustapha Way, Opposite Ford Oil, Yola, in Adamawa State.

In a viral audio, Babazango was heard warning Umeh to reverse the purchase deal or face bitter consequences, including no guarantee of his personal safety.

“We’re a homogeneous community, I don’t want you; you can’t be my next door neighbour, I swear. What sort of insult is this? Can any northerner move now to the South-East, say Onitsha and just bump into any neighborhood to buy a property; just like that?” the DCP queried.

Narrating his ordeal, Umeh said, “I acquired the property late last year from one Ismail Mamman; the transaction was perfected and a title deed was issued to me.

“I was surprised to receive a call from a man who introduced himself as DCP Ibrahim Babazango, a neighbour of Ismail Mamman who sold the property to me. He threatened that I should abandon the property because he could not guarantee my safety as his neighbour.

“I pleaded with him to no avail. I asked him what I did wrong by purchasing the property, at least within the context of the law. He kept yelling that I was not welcome in the neighbourhood and I am a stranger in the community.

“Given his threat, I reported the matter to the police and Department of State Services.”

As it was further gathered, Babazango claimed that his former neighbour sold the property to Umeh without offering him (Babazango) a neighbour, the first right to buy.

When contacted by SaharaReporters, Babazango stood his ground on the threats.

He said, “My neighbour sold the house to a businessman without waiting for me, after I had indicated interest to buy the property. Believe me, I cannot guarantee his safety if he insists on owning the property because as it is; we live like brothers in this area; so for an outsider who is not from this part of the country to buy a property in this area, is unacceptable.

“I have reported the matter to the District Head of Jemita and I will also take him to court if need be.”

On his part, the vendor, Ismail Mamman said, “The property is mine and I sold it to Mr. Vincent Umeh; all the documents were duly signed by me and my brother as witness between us, in the presence of a lawyer after we agreed on a price.

“I had approached him, my former neighbour, DCP Ibrahim Babazango that I wanted to sell my property, he said he would contact his brother but I didn’t get his feedback; so I sold it to a ready buyer. I have no problems with the buyer at all.”