The student union government (SUG) of Nnamdi Azikiwe University (NAU), Awka, has dissociated the institution and its students from a sex party that was held in a hotel close to the campus, in Ifite area of Awka last weekend. 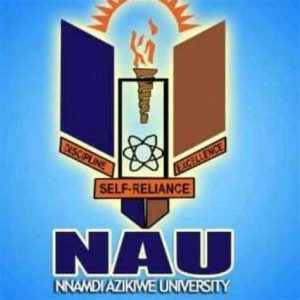 The videos which went viral on social media showed male and female youths in a pool side party in a hotel in Awka, engaging in live sex, while spectators watched and filmed them.

The video sparked uproar on Monday when most commentators identified the participants to be students of Nnamdi Azikiwe University, Awka, who stayed back in their hostels, despite the strike by Academic Staff Union of Universities (ASUU). 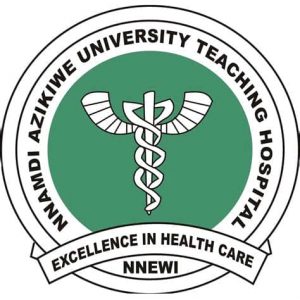 But the president and secretary of the Students Union Government, Charles Ijeomah and JN Ogbonnaya respectively, in a press statement dissociated the institution from the act. 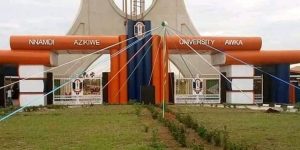 According to them, the sex party which was described as a ‘night wear party’ is a personal business of some show promoters and has nothing to do with the university or the students, noting that the institution is known for moral decency, “as we all study to be certified in character and learning.”

The press statement read: “This is to inform the public that students of Nnamdi Azikiwe University have nothing to do with the event that happened on 3rd September at Wintess Hotel. In fact, it was not a students programme.

“In conclusion, the ‘night wear party’ is a personal business of some show promoters and has nothing to do with the university or the students. We are known for moral decency, as we all study to be certified in character and learning.”

Meanwhile, many youths who have commented on the now scandalous party described video as nothing new.

Commenting on a post of the video, Ugo Titus Emma, said: “The only thing new is that they allowed people to enter with their phones, and videos were made and sent out.

“Parties like this hold every weekend in Awka, and people are restricted from entering with their phones, and at the end, everybody will chop and clean mouth.”

Some other youths who responded also stated that there was nothing new about it, and that their only regret was not being invited to the party.

Many expressed intention to be part of such party, when next it holds.

According to an ardent follower of News Express who lives in Awka, he said had witnessed the act one time.

His words: “I rarely go out at night but one weekend, my friend was on my neck to join him to a party as a way if hanging out. When I queried what the party was about, he said it was a small get together for few people and it was strictly on invitation.

“When I queried further, he simply described it as ‘special party’ that I will marvel at, that he wants to expose me to one of the dirty secrets of Awka.

“On getting to the party, it was indeed a small circle of guys and young beautiful ladies. We drank, ate, talked until very late into the night, stuff began to happen. In fact, when I saw the first set start off their business, I got irritated and wondered why they couldn’t get a room, but my friend urged me to stay on for the action to start proper.”