Two nationals of Pakistan and two Nigerian, among them, a blind man have been arrested for cocaine trafficking in Nigeria.

While the Pakistanis were apprehended at the Murtala Muhammed International Airport (MMIA) Lagos, the Nigerien was nabbed in Katsina, according to the National Drug Law Enforcement Agency. 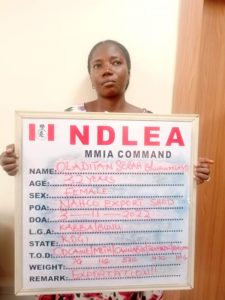 In a statement on Sunday, NDLEA spokesman, Femi Babafemi identified the Pakistanis as Asif Muhammed, 45 and Hussain Naveed, 57, saying they were nabbed with eight kilograms of cocaine concealed in a public address system while attempting to board a Qatar Airways flight to Lahole, Pakistan via Doha. 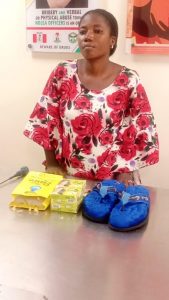 He said “they hold Nigerian residence permits suspected to be fake and are frequent travelers to Nigeria under the guise of doing textile business. They were arrested on Saturday 5th November at the Lagos airport barely a week after they came to Nigeria, that is, Sunday 30th October.” 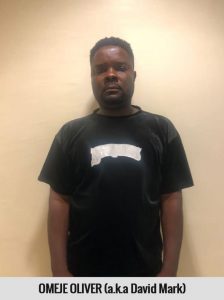 “Operatives at the SAHCO import shed of the airport on Friday 4th November seized 13 cartons of Tramadol 225mg and 200mg imported from Karachi, Pakistan. The consignment has a total weight of 465.10kg and 642,800 pills of pharmaceutical opioids.” 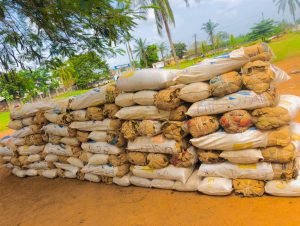 The previous day, Thursday 3rd Nov, operatives at the NAHCO export shed of the airport also intercepted a consignment of different illicit drugs: Cannabis, Cocaine and Methamphetamine, as well as Tramadol 225mg and a Rohypnolol, concealed in footwear and soap packs going to UAE, Dubai. A 32-year-old Oladitan Serah Olufunmilayo who presented the consignment for export was arrested.

Meanwhile, two businessmen who have been on the run for months over their involvement in drug trafficking have been arrested by anti-narcotic officers assigned to track them. Nnebo Ikechukwu Christopher who has been wanted for his role in the importation of 40 cartons containing 346,800 pills of Co-codamol, a brand of paracetamol with Codeine seized at the cargo wing of the MMIA local airport since March 2022, was arrested on Thursday 3rd Nov.

In the same vein, operatives on the trail of an automobile parts dealer, Omeje Oliver (a.k.a David Mark) since April eventually arrested him on Monday 31st October in Enugu where he fled to after abandoning his business at Aspanda, Trade Fair Complex Lagos. He was wanted

In connection with the seizure of 600 grams of heroin concealed inside the soles of lady’s footwears going to Liberia on April 16.

On the same day Omeje was arrested, operatives at the SAHCO export shed of the Lagos airport intercepted 550 grams of cannabis loud concealed in machine parts going to Dubai, UAE, while the sender, Ogbure Victor Ifeanyi was later arrested.

In Katsina state, operatives on patrol at Malumfashi-Zaria Road, arrested a blind man, Bukar Haruna, 52, and his son Saka Haruna, 30 while heading to Niger republic with 20.5kg cannabis and 10 grams of exol-5. They hail from Damagram area of Niger republic.

No less than 2, 685.5kgs of cannabis were recovered in four different operations conducted in parts of Edo state in the last week. While 53 bags of C/S weighing 742.5kgs were seized on Wednesday 2nd Nov at a camp in Esioriri, Owan East LGA with four suspects: Chukueke Igba, 32; Solomon Peter, 34; Emmanuel Jeremiah, 36 and Happiness Chidi, 37 arrested, another raid in the house of Joy Zubaru, 45, led to her arrest with 30.5kgs of cannabis recovered.

In the same vein, operatives on Thursday 3rd Nov stormed the Egbeta forest in Ovia North East where they recovered 112 bags of cannabis and 8 bags of seeds with a combined weight of 1,598.5kgs, while another team evacuated 27 bags of the same substance weighing 314kgs at Amahor village in Igueben LGA.

In Mubi area of Adamawa, operatives on Tuesday 1st Nov. intercepted a Toyota Corolla car transporting 9,600 pills of tramadol. A follow-up operation later led to the arrest of the owner of the consignment, Mamuda Ramadan, (a.k.a Muller), while another suspect, Alhassan Muhammed, was arrested on Sunday 30th Oct. along Abuja-Kaduna express road, with 136,000 pills of tramadol concealed inside his car’s spare tyre.

While commending the officers and men of the MMIA, Edo, Katsina, Adamawa, and Kaduna Commands of the Agency for the successful operations in the past week, Chairman/Chief Executive of NDLEA, Brig. Gen. Mohamed Buba Marwa (Retd), CON, OFR urged them and their counterparts across the country not to rest on their oars until all drug syndicates operating in Nigeria are completely dismantled and the last gram of illicit substance taken out of the streets.