Pope Francis revealed for the first time in an interview Sunday that he had signed a resignation letter nearly a decade ago should poor health prevent him from carrying out his duties. 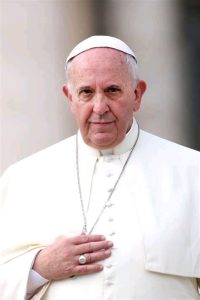 Francis — who turned 86 on Saturday — has said in the past that he would step down from the papacy should health problems keep him from his duties.

In Spanish newspaper ABC, the pontiff said he signed his resignation letter and handed it over to the Vatican’s secretary of state, Tarcisio Bertone, before that cardinal’s retirement in 2013.

“I signed the resignation and I told him, ‘In case of medical impediment or whatever, here’s my resignation. You have it’,” the pope said. 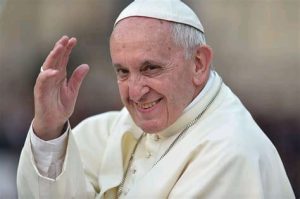 Asked by the interviewer whether he wanted that fact to be known, Francis replied: “That’s why I’m telling you.”

He added that he didn’t know what Bertone subsequently did with the letter.

Francis has been limited in his ability to walk by an inoperable knee condition which has forced him to rely on a wheelchair in recent months.

The pope has had to cancel or curtail activities several times over the past year because of pain and in an interview in July he acknowledged that he needed to slow down.

“I think that at my age and with this limitation, I have to save myself a little bit to be able to serve the Church. Or, alternatively, to think about the possibility of stepping aside,” he said. 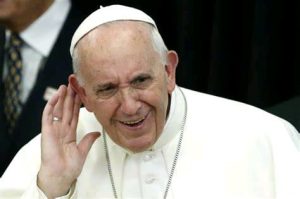