It was from our elders that we heard the adage that “He who is destined for greatness would have his pathway cleared unwittingly by his enemies.” This simply means that all attempts to pull down one who has God’s grace will only achieve the opposite. The dangerous and vengeful kicks aimed to knock the blessed one down will instead fling him to enviable heights. In short, no weapon fashioned against the righteous is allowed to prosper. Obviously, Prof Uche Eleazar Ikonne, the gubernatorial candidate of the People’s Democratic Party and by the grace of God and the votes of well meaning Abians, the In-coming Governor of Abia State, is tapping into that anointing. 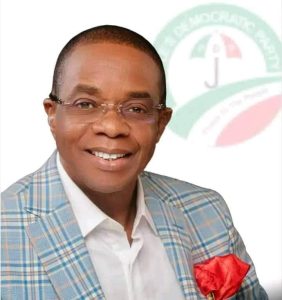 The erudite Professor of optometry and Knight of Saint Christopher has recently outpaced other candidates in the race for the Governorship of God’s own State, with strategic consultations with the Abia electorate. He remains the only candidate who has traversed the 17 LGAs and was well received in every nook and cranny, group and assemblage. It is the same grace that imbued Prof Ikonne with sound health, bubbling energy and vitality exhibited on these successful tours. Through this interface with the astute administrator who goes by the sobriquet “Ekwueme,” Abians began to testify that they have identified the Man to take Abia to the desired level. Prof Ikonne’s preparedness for the office of Governor, his commitment to the welfare of all Abians, his verifiable pedigree for solving naughty problems like he did as Rector Abia Polytechnics Aba, his pragmatism and midas touch which manifested in monumental achievements as Vice Chancellor of the Abia State University Uturu, his well articulated manifesto and blue print for robust and aggressive development, the beauty and allure of his proposed TIGER ECONOMY are what endeared him to all sections, sectors and stratas of the Abia society, culminating in the soaring popularity he is currently enjoying. But good news is bad news to the wicked! Instead of joining well meaning Abians to thank God that Abia State is about to have a Governor who will leverage on his experience and radicalize development in the state, the evil ones amongst us began to wish him dead. In their conviction that only death can stop Prof Ikonne from becoming Governor, they resorted to death wishes and graduated to death prayers. The opportunity to up their antes and increase their mischief arose when Prof Ikonne took a deserved leave and traveled abroad. 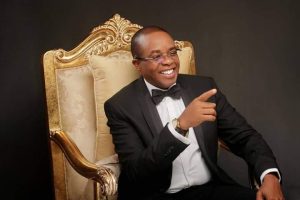 These evil minded ones began to voice their wishes by spreading the ugly rumour and publishing the fake news that the agile, amiable and bouncing incoming Governor had died overseas. What opprobrium! What an expensive joke!! Yes, a joke. That was how the good spirited Prof Ikonne took the mischievous news when he read it. The authors of the death hoax may think they are dragging him down. In their ignorance, the are placing Prof Ikonne in a special class of envied World acclaimed achievers all of who at one time or the other have had to read their fake obituaries while alive. The good news is that most of these great men and women stayed alive to fulfill their destinies. Others lived to their nineties like the great ZIK of Africa who had watched and listened to NTA network news and other media outlets announce his death in September 1989. Prof Ikonne is laughing because he is sophisticated and well read. He realizes that he is experiencing envy and jealousy like great people do. From President Barack Obama, Queen Elizabeth the second, former American first ladies Hilary Clinton and Barbara Bush, to the CEO of Amazon Jeff Bezos, musical superstars Beyonce, Kanye West, Celine Dion, to famous actors Eddy Murphy, Nicholas Cage, Sean Connery, Jackie Chan and even Arnold Schwarzenegger, death hoaxes have been a common denominator. Other great men like basketball legend Michael Jordan, Apple ‘s Founder Steve Jobs and our own kinetic Governor Okezie Ikpeazu have drank this cup of decaffeinated coffee. Prof Ikonne is now the latest member of that Club. Congratulations, Prof Ikonne. Thank you for taking this intended mischief in your signature good spirit and laughing about it. Like the iconic actor Morgan Freeman did when newspapers were awash with news of his death. His reply was hilarious. He had responded thus, “I keep reading that I am dead. I hope these stories are not true?” thereby throwing journalists into fits of laughter. They had thought he would be angry. But what a jolly good fellow, just like the amiable Prof Uche Eleazar Ikonne . Welcome back, sir. We can’t thank God enough for journey mercies. Abians celebrate your return from your trip abroad. We appreciate your loving nature of not abusing those who wished you death. Enjoy your laugh like Morgan Freeman for your detractors have promoted you to the exclusive league of world icons who defied enemy death wishes and lived to fulfill their destinies. Like Obama, you shall fulfill your destiny by winning your election. Like ZIK, you shall live to a ripe old age in good health and look back upon the legacies you must have left as Governor of Abia State after your tenure. Shine on , Ahia di uru ndi Isuikwuato, Ugwumba ndi Abia, Ohazurumee ndi Isiala Ngwa, Okaa Omee ndi Mahadum, Odum Abia ndi Ohuhu, Ugo mmuta uwa nile, Oke mkpola na Bende, Professor Uche Eleazar Ikonne, incoming Governor Abia State. You sure have a date with history. Aka Chukwu di ya! Written by Ukwu Rocks Emma , a social commentator and Spokesperson for Prof Uche Eleazar Ikonne