The Imo State Police Command has paraded the two suspects arrested in connection with the gruesome murd£r of their colleague, Joy Uchechi Nwachukwu, a cashier of a gas plant in Owerri, Imo State. 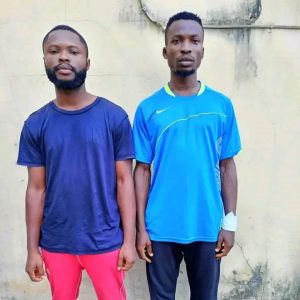 LIB had reported that that Nwachukwu was allegedly k!lled by her co-workers and her body buried in a shallow grave within the premises of the gas plant.

The victim was allegedly murd£red by the suspects including the manager, in an attempt to steal the company’s money. 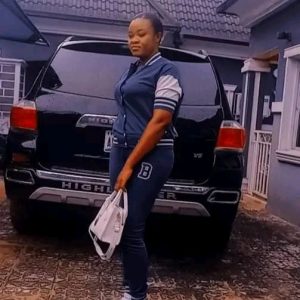 Spokesperson of the command, CSP Michael Abattam, who confirmed the incident in a statement on Monday, November 7, 2022, said a shovel and a cutlass believed to be the murder weapons used in k!lling the victim, were recovered from the shallow grave.

According to the PPRO, the two suspects are undergoing interrogation for the gruesome murder of Miss Nwachukwu while two others are on the run. 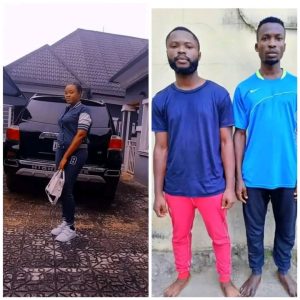 “After a futile search, the family decided to complain to the Commissioner of Police through a petition written by one Pastor Mrs Precious Abara. On receipt of the petition, it was immediately referred to the State Criminal Intelligence and Investigation Department (SCIID) for discreet investigation. Detectives from the FORENSIC SECTION were detailed to investigate in conjunction with a team of CRIME SCENE INVESTIGATORS (CSI’s) led by Inspector Obele Fredrick.

“The investigating team, on the 26/10/2022 at about 1200 hours left the Police Headquarters to the scene of crime on investigation, armed with Forensic Equipments. On arrival, preliminary investigation revealed that Miss Joy Uchechi Nwachukwu who doubles as the Secretary/Cashier of the Gas Plant, takes the weekly money sales to the bank on Tuesdays and manages the day to day running of the company because the owner who resides abroad.