Governor Seyi Makinde of Oyo State on Wednesday demanded that the National Chairman of the Peoples Democratic Party, Iyorchia Ayu, must resign. 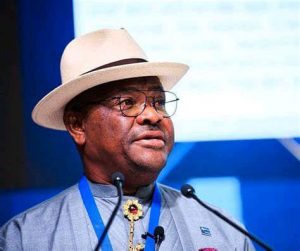 The governor said Ayu must step down so that southerners will feel “fully included”.

For weeks, Makinde’s ally, Governor Nyesom Wike of Rivers State and Chief Olabife George have demanded that Ayu step down for a southerner. 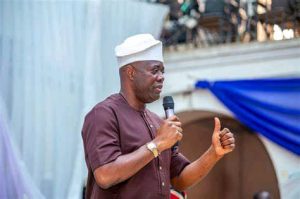 Ayu was slated to commence a two-week trip overseas today. The PDP national chairman recently appealed to the acting Chairman of the party’s Board of Trustees, Adolphus Wabara, to help resolve the crisis in the party by reaching out to aggrieved members of the party. 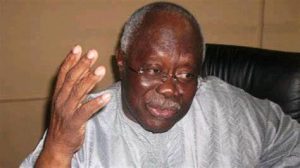 The division in the PDP escalated after Atiku from Adamawa State won the party’s presidential primary in May. An aspirant, Governor Aminu Tambuwal of Sokoto State, at the venue of the primary stepped down for Atiku, an action that riled Wike.

While Atiku scored 371 votes, Wike came second with 237 votes. The Rivers governor was reportedly miffed again when Atiku snubbed him to announce Governor Ifeanyi Okowa of Delta State as his running mate.

Wike also insisted that Ayu (from Benue State) step down for a southerner, arguing that northerners should not hold on to both positions.

In a move to resolve the lingering problems in the party, Walid Jibrin (from Nasarawa State), resigned as PDP BoT Chair last week and Wabara from Abia State replaced him in an acting capacity.

Ayu had said members of the National Working Committee would visit Wike in Port Harcourt “for full reconciliation”.