Omerekpe Commiserate With Chief Patrick Onwuka Over The Death of His Father – In – Law Posted by News Mirror, December 4, 2021 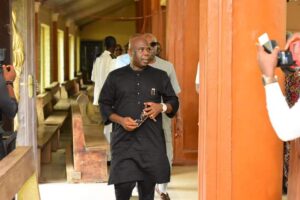 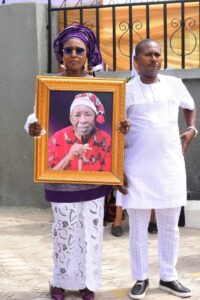 Chief Omerekpe, while speaking during the funeral service held at Atani Primary School, Arochukwu LGA, Abia state, expressed sadness and grief over the death of late Pa Mazi Augustine Ogbonnaya Oti who he described as an upright man, a great role model and pillar of support, not only to his family, but to the Church and his 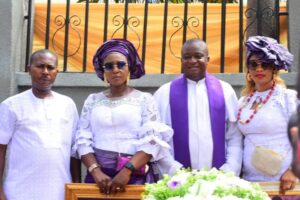 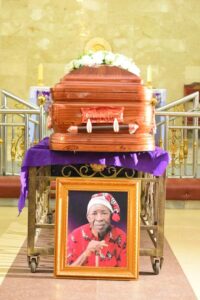 Chief Omerekpe added that, despite attending a ripe age of 93 years, the late Mazi Ogbonnaya will be missed by all who knew him while on earth, stressing that, his life of discipline, committment and selfless services to God and humanity shall not be easily forgotten.

He noted that, the death of a dear one, like that of a beloved father like Pa Ogbonnaya is always painful and traumatic, especially when you remember the sweet memories and words of wisdom shared with him while he was alive.

He admonished the family to take solace in God while asking God to grant his soul eternal rest and the entire family, including his In – Laws especially his brother and friend, Chief Patrick Onwuka, the fortitude to bear the irreparable loss.