The Ohanaeze Youths Counci (OYC) has alleged that members of the lmo State House of Assembly collected about N27bn as bribe in order to reject the proposed local government autonomy. 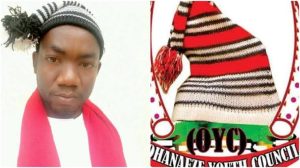 Igboayaka described the Igbo race as the most “unfortunate”, having produced “the league of professional 419 syndicates” as Governors in 1999.

In his words, “Since 1999, South-East Governors abandoned Local Government and turned it to a mere Animal Farm.

“Every facility at various local governments have been vandalized, including tractors procured by the military government to maintain rural roads.

“As of today, there is no functional facility at various local government councils, some of them have been sold or privatized by the criminal past and present governors in South-East.

“Many of these criminal governors that looted LGA funds are in the Senate today. They’re merely on business transaction with our common resources.

“Just on Tuesday, January 10, 2023 Ndigbo received another blow of wickedness by some charlatans in Imo State House of Assembly led by one notorious looter, Rt. Honourable and rejected autonomy for the legislature.

“They also rejected autonomy for the judiciary and rejected local government autonomy as well after collecting whooping sum of N27 billion to share among cliques of Yahoo boys masquerading as House of Assembly members.”