I have read with dismay, disappointment and a sense of déjà vu, a public statement signed by Dr. Max Nduaguibe, Chairman of Ukwa La Ngwa Council of Elders claiming that the Ukwa La Ngwa Elders have not endorsed any candidate for the 2023 gubernatorial elections in Abia. 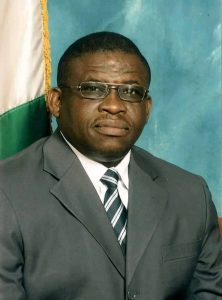 There is no doubt that before now, Dr. Nduaguibe had shown a preference for one of the gubernatorial candidates in the state, and had on various occasions voiced partiality and showed favouritism towards the candidature of Engineer Enyinnaya Nwafor.

Without prejudice to his inalienable rights to harbour in his heart some fondness for Engineer Nwafor, Dr Nduaguibe should have maintained, for all intents and purposes, a neutral position in as much he presides over the affairs of the multi-dimensional Council until such a time the whole Council would have agreed on which candidate to support; if need be.

Dr Nduguaguibe’s prejudice towards other candidates and his arcane intention to push for an endorsement of his preferred candidate become more evident when you look at the persons whom he slyly and underhandedly selected to attend the meeting of August 9 2022 at the home of the respected Archbishop Isaac P. Nwaobia. Rather than call for a regular meeting of the Ukwa La Ngwa Elders Council’s Committee of Eminent Persons, Nduguaibe sneakily chose members of the Council who are sympathetic to his views. This he did with the ultimate design of endorsing Engineer Nwafor at that meeting. However, his plan did not fall through as the other candidate, Professor Uche Ikonne, put up a remarkable showing that revealed his overwhelming capacity to serve as governor.

Dr Nduguaibe’s statement clearly shows that he is apparently disoriented and confused or may have in his own words, been influenced by “financial or political gain” and thus pressured to justify whatever gratification he may have received in the ploy to push through an endorsement for his preferred candidate.

Dr Nduaguibe has used my person and goodwill to try to come back to lime-light. Before now he had been totally unsupportive of the government of Okezie Ikpeazu. However, I rehabilitated his image and he came under my cover, but fortunately, he cannot hide his in-built deficiencies for long. He told a blatant lie when he said I had acknowledged that Enyinnaya Nwafor is a better candidate at the August 9 meeting. Other than a financial inducement, the only other reason I can see for telling such lies is senility.

I have called him several times to request that he call a meeting of the Elders Council so that we can conclude on the way forward for us as a body. Rather he chose to prevaricate and has finally shown his leprous hand in the deceptive public statement.

Furthermore, Dr Nduaguibe declaration is totally uncalled for because in the public domain there has not been any report or publication that specifically states that the Elders Council has endorsed any candidate. Therefore his statement is mischievous, premature, and deliberately designed to de-market the sterling candidacy of Professor Ikonne who has shown an incredible capacity to lead.

Why is Nduaguibe afraid of calling a meeting? Why has he unilaterally declared that Engineer Nwafor is a better candidate than Ikonne? As Chairman of a collective of eminent Abians, one would expect that he would at least hold off expressing his personal opinion and be neutral until such a time as a formal vote or endorsement of a preferred candidate would happen, if at all, and that would be at a meeting of all Council members.

If the Ukwa La Ngwa Elders Council has not endorsed anyone, and does not intend to do so, there is no need to go into the narrative of who is qualified or not except for the fact that Dr. Nduaguibe has been compromised.