A lottery brand, Green Lotto, and its agent, Charles Akhenanen, have been dragged before the Lagos State High Court sitting at the Tafawa Balewa Square over its refusal to pay a businessman his winning sum of N72, 700,000. 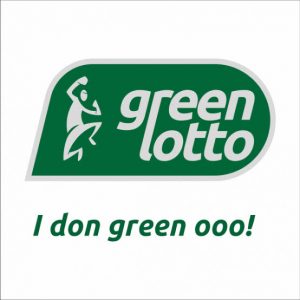 Green Lotto is organised by a company, Brentwood Multiservices Global Limited based in Ikorodu, Lagos.

The complainant, who testified before Justice Modupe Nicol-Clay, on Thursday, told the court that on January 29, 2021, he played a game with N330,000 and when the result came out, he won the game, but the defendants refused to pay him the winning sum. 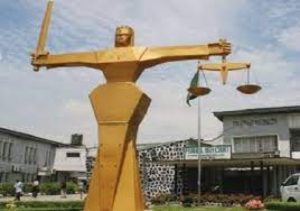 He said apart from Green Lotto, he also played another game with Premier Lotto with the sum of N200, 000 on the same day and he won N48m, which he went to Ojuelegba, Surulere, to claim.

The witness, who was led in evidence in chief by the state prosecuting counsel, Mrs Titilayo Olanrewaju-Daudu, said after collecting the money he won at Premier Lotto, he went to Green Lotto the next day to claim the N72, 700,000 he won, but the firm refused to pay him.

He said, “When I got there on Tuesday to claim the money, they said their system developed a fault and the result had wiped out. I asked Charles, was it after the game declared the winner the machine developed a fault or before, but the defendant chased me out and I had no option than to report to the police.

“So, I asked Charles that the day I played N500,000 and N1m and I didn’t win, the machine did not develop a fault, but now that I won, the machine is no longer working,” he added.

While being cross-examined by the defence counsel, Adedotun Moses, the witness said he had been playing games for over 30 years.

“I reported the matter at Area B, Apapa; they invited him, but he did not honour the invitation. So, Area B wrote to the lottery board and they had a series of meetings; they were asked to pay me.

They are facing three counts of conspiracy, obtaining under false pretences and stealing, charges preferred against him by the Lagos State Government.

During the arraignment, the state prosecuting counsel, Olanrewaju-Daudu, said the incident happened at 66, Agbo-Malu, Marina, Apapa.

The prosecutor said on the same day, the defendants obtained the sum of N330,000 from the complainant on the pretence that he would be paid the winning money from the lottery but failed to do so.

The defendants pleaded not guilty to the charges.

Justice Nicol-Clay adjourned further hearing of the case till November 21.