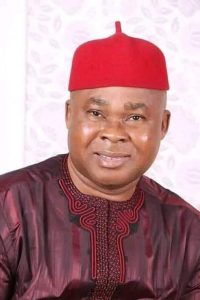 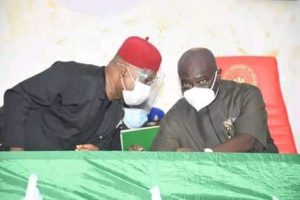 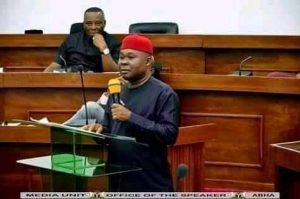 Sir G.C. Onyendilefu rose through the ranks of the Civil Service to become the Accountant General of Abia state and retired meritoriously in 2019 as a permanent secretary.

On retirement, he contested for the House of Representatives seat for Isiala South and North Federal Constituency, though, he lost gallantly he however worked hard to ensure that the flag bearers of his party emerged winners. He is a team player.

By the special grace of God and by the magnanimity of Okezie Victor Ikpeazu Ph.D, Chief G.C.Onyendilefu was appointed as the honorable commissioner for Local Government and Chieftaincy Affairs Abia State in 2020 an office he occupied till January 2021 when the EXCO was dissolved by the Executive Governor of Abia State.

Chief G.C. Onyendilefu is a community leader. A man of proven philanthropy. In recognition of his community services and his love for humanity, His Royal Majesty Eze Eberechi Dick, the then Chairman of Abia State Council of Ndi Eze, in 2018, on behalf of the Abia state traditional Council, honored him with the Chieftaincy title of Mmiri na-ezoro Oha 1 of Abia State.

Chief Gab is also a devoted christian of Anglican communion and a Knight of Saint Christopher. He is married to Lady Gladys Chinasa Onyendilefu and both are blessed with a beautiful family. His hobbies include football.