A former governorship candidate in Imo State, Uche Nwosu, has dismissed as unfounded, reports he has approached the Supreme Court to return the sacked Imo Governor, Emeka Ihedioha, as the validly elected candidate in the 2019 governorship election. 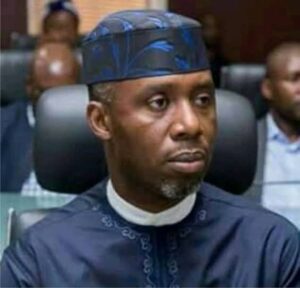 Nwosu who made the statement through his Media Aide, Hon.Nwadike Chikezie , while addressing journalists at Owerri, the State Capital of Imo State said that he didn’t at any time pray the Apex Court to reverse its earlier judgment that ousted the PDP candidate (Ihedioha) from office.

He described the reports as malicious and mischievous misrepresentation of facts.

According to the statement: “We have read on a section of the Media,.sensational and unfounded claims that Ugwumba Uche Nwosu has approached the Supreme Court to return the PDP candidate in the 2019 governorship election, Emeka Ihedioha as the validly elected candidate. The report in its entirety is falsehood that only exists in the imagination of the peddlers.

“For the records, Nwosu does not have any business praying the Court to return Ihedioha. That report should be disregarded. The blatant lie only underscores the fact that some persons are threatened by Nwosu’s growing political profile and general acceptability”.

The social media and other news platforms had reported that Nwosu had returned to the Supreme Court to prove that Imo Governor, Senator Hope Uzodimma, was not the candidate of the All Progressives Congress (APC) based on the court’s judgment that he was nominated by both the APC and the Action Alliance (AA).

The reports claimed that Nwosu made the request in a fresh suit through his counsel, Philip Umeadi Jnr., asking the Court for an Order enforcing or otherwise directing the enforcement and or giving effect to the judgment of the court in the case delivered on Decem­ber 20, 2019, wherein the Court held that he was nominated by both the APC and AA and consequently declared his nomination a nullity.