Did you listen the the Minister of Communications, Dr. Isa Ali Ibrahim Patami last year November, 2020 churn out lies to Nigerians, over an acclaimed deduction in data? 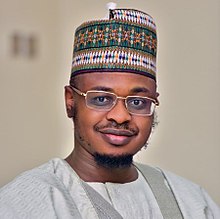 Two months after, scores of telecom subscribers have said they still purchase data bundles at the same prices two month after the prices were supposedly slashed by 50 per cent through a federal government directive.

The Minister of Communications and Digital Economy, Dr Isa Ali Ibrahim Pantami, had said the price of data of 1 Gigabyte (GB) was reduced from N1,000 to N487, beginning from November 2020.

Pantami said it was in line with the directive he gave to the Nigerian Communications Commission (NCC) on that.

He had said the reduction was due to the implementation of the Nigerian National Broadband Plan (2020-2025) launched by President Muhammadu Buhari on March 19, 2020.

However, in an updated survey by Daily Trust, data subscribers said the claim that data cost reduced by 50 per cent was not true as they still buy 1G at N1000, a month after the announcement was made.

Yemi Adeolu in Lagos said the prices of data bundles did not reduce. “It seems the operators didn’t accept that directive from the government; data prices still remain the same.’

Musliyu Ladipo, also debunked the claim. “Though I have noticed that the operators now give some additional gigabites as bonus, but the price still remains the same.”

There is also a similar response from Francis Dikwe, a Lagos resident.

Commenting, the president of National Association of Telecommunications Subscribers of Nigeria (NATCOMS), Chief Deolu Ogunbanjo said there was technical reduction as the operators had only increased data bundles for the old prices.

He said reduction in prices isn’t the issue but that the government should hammer on quality of services from the telecom operators.

Meanwhile the Association of Licensed Telecommunications Operators of Nigeria (ALTON) said the Federal Government’s directive was dictatorial and could push off investors.

Its head, Engr. Gbenga Adebayo said: “We have said several times that when policies interfere with commercial matters the industry will be jeopardized.

“To arrive at prices, NCC conducts survey and research, and after all that will benchmark the country’s tariffs based on what is obtained in other jurisdictions.”

When contacted, NCC did not immediately respond, but a top official who spoke in confidence said the decision to reduce the data cost was not made by the Commission.

“Probably that is why the telcos were not obeying it in totality,” the official said.