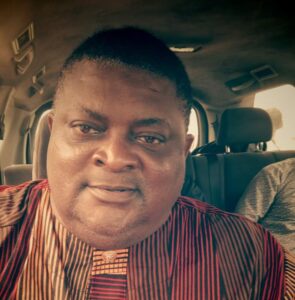 Mohammed Fawehinmi died of complications from COVID-19 infection, according to results of the autopsy conducted on his remains, his family has announced.

Saheed Fawehinmi, younger brother to the late Mohammed, who spoke on behalf of the family, disclosed this at a news briefing at his residence, Fani Kayode Street, Ikeja GRA, Lagos State on Thursday.

He said the family could not immediately disclose the cause of the death because they wanted the information to be based on factual medical details.

“Today, however, we are in a position to inform you that our dear brother died from COVID-19 related complications.

“Arising from this, we want to urge all Nigerians to take necessary precautions to avoid being infected by the deadly disease, including, but not limited to taking the required doses of COVID-19 vaccine.

“The public should ensure wearing of face masks, regular hand sanitising, hand washing with soap and maintaining social distance amidst crowds,” he said.

He urged the government to step up public enlightenment on the deadly disease, so that many Nigerians, especially those whose immune systems could easily be compromised because of underlying illnesses, could be more careful.

He, however, urged Federal and state governments to invest more in healthcare, urging the government to do all that was necessary to end the ongoing strike by the National Association of Resident Doctors.

Mr Mohammed, eldest son of late legal icon and activist, Gani Fawehinmi, died at about 9:00 a.m. on Wednesday, August 11, after a brief illness in a Lagos hospital, at the age of 52.

Lanre Arogundade, Director of the International Press Centre, said on behalf of the family, that night of tributes and songs. would hold on Wednesday, August 25, at the Archbishop Vining Cathedral in Ikeja, from 4:00 p.m. to 7:00 p.m.

Mr Saheed reiterated that interment would take place on Friday, August 27, at the Gani Fawehinmi family compound in Ondo, Ondo state, after a brief funeral service.

The late Mohammed Fawehinmmi had a law degree from the University of Buckingham, England and was called to the bar in 1998.

In 2003, he was involved in a sole auto crash in Lagos, which affected his spinal cord and confined him to the wheelchair.